Popular Links: Buhari Football EFCC Boko Haram Trending Nigerian Names Politics
Home | News | General | Koeman disallowed to be on the touchline for Barcelona until the club's chiefs do this
Edo governorship: IGP Adamu orders restriction of vehicular movement
Big trouble for PSG as Neymar banned from playing football (see what he did)

It has been reported that newly appointed Barcelona coach Ronald Koeman cannot reportedly take charge in an official game because the Catalans have not sorted Setien's issues.

The Dutchman was recently announced as the replacement for Setien who was asked to leave following Barcelona's embarrassing defeat in the Champions League.

But at the end of the battle, Barcelona chiefs were able to convince Lionel Messi and he will be playing for the side this coming season. 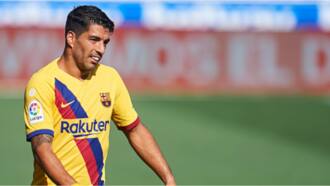 According to the latest report on Daily Mail, Setien has not been officially sacked and a severance package between the former manager and the club has still to be agreed leaving Koeman in limbo on the eve of their LaLiga opener against Villarreal.

However, Koeman has been in charge of Barcelona's two friendly games against Gymnastic and Girona, but such chance will not be allowed when the season starts. Earlier, Legit.ng had reported how Ronald Koeman who is the new Barcelona manager made it clear that embattled striker Luis Suarez will be an addition to his squad this summer if he stays at the Nou Camp.

The former Liverpool striker has been looking for ways to leave Barcelona since the arrival of Ronald Koeman who replaced Setien at the Spanish side.

There were reports that Luis Suarez has agreed personal terms to join Italian champions Juventus this summer. 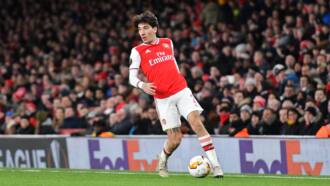 According to the report on UK Mirror, the move has been cancelled due to his inability to get Italian passport for him to travel.

The report also added that Juventus are now shifting their attention to the signing of either Chelsea striker Olivier Giroud or Roma star Edin Dzeko.