Nigerian football star Victor Moses scored for Chelsea in closed-doors friendly game against AFC Wimbledon in an encounter which was played on Tuesday night, September 15.

Victor Moses recently returned to Stamford Bridge after playing for Inter Milan on loan last season and he is waiting to know his fate this term with the Blues.

The former Super Eagles star netted from the spot in the 1-1 draw in which Danny Drinkwater also played following loan spells last term at Aston Villa and Burnley.

But their superb display is unlikely to earn them a return to Lampard's first team given the star-studded roster following big spending this summer by the Blues.

Moses and Drinkwater may be heading for another loan move before the end of the ongoing transfer window.

The likes of Havertz, Timo Werner and Hakim Ziyech arrived Stamford Bridge this summer and they are all in the first team.

As it is, Victor Moses may have to return back to Inter Milan this summer or find another big club where he can get regular playing time.

Moses and Inter Milan got to the final of the Europa League last season, but they were beaten by Sevilla in what was a painful defeat for Antonio Conte. 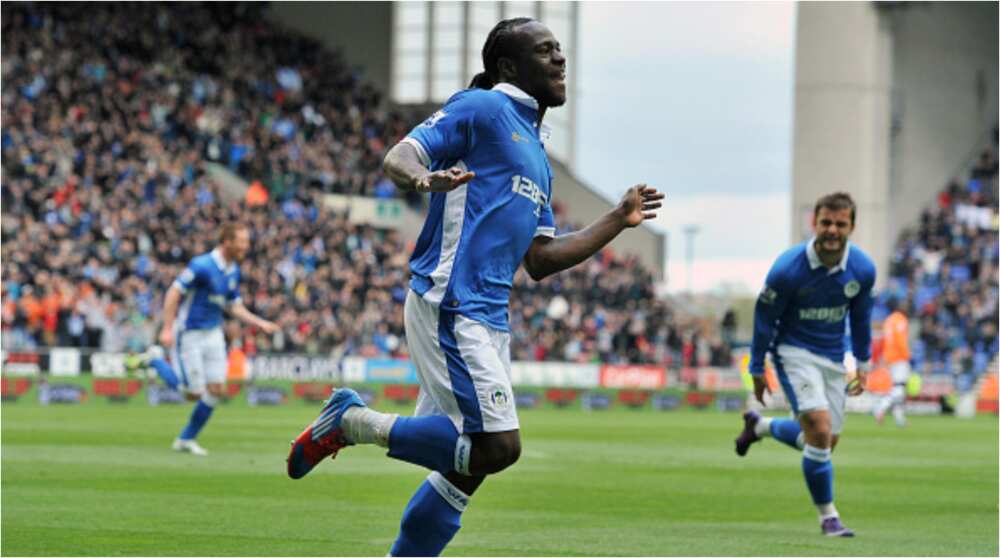 Earlier, Legit.ng had reported how Victor Moses made an anonymous donation to his former club Wigan Athletic where he played between 2010 and 2012 in a bid to assist the club which is currently rocked in financial crisis.

The Wigan Athletic Supporters Club opened a crowdfunding channel online seeking about £750,000 to help the club from further crisis having recently relegated from the Championship to League One.

Although the former Nigerian international made an anonymous donation to the cause, the fundraisers wanted to make sure the Chelsea winger get his deserved recognition.

And SunSport are reporting that the 29-year-old made a donation of £20,000 (about N10million) to assist his former team.