- He has appealed the decision and needs €250,000 (about N115million) ahead of the hearing slated for October 6

Samson Siasia was handed a lifetime ban by the world’s football governing body Fifa for allegedly breaching article 11 of the organization's Code of Ethics.

The body claims that the former Nigerian coach was found "guilty of having accepted that he would receive bribes in relation to the manipulation of matches in violation of the Fifa Code of Ethics." 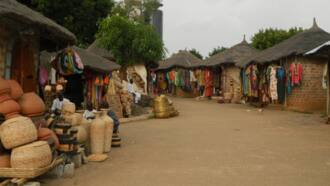 Siasia, 53, maintains his innocence from the allegation and has filed an appeal with the football body and the Court of Arbitration for Sport (CAS) against the ruling.

The appeal hearing was initially fixed for March 19, 2020, but it has been postponed until October 6 due to the wake of the coronavirus spread.

Barely three weeks to the hearing, the two-time Olympic medalist says the needed €250,000 about (N115million) to prosecute the appeal is yet to be realised.

Recall that a crowdfunding (GoFundMe) account was created to seek donations in a bid get the needed amount to prosecute the appeal.

“Lawyer’s bills are crazy, too expensive. What the lawyers will ask is if I can take out this ban and then I have my life back, then they have a fee; it might be 50,000 Euros; it might be 100,000 Euros" Siasia told Legit.ng during a live Instagram chat. 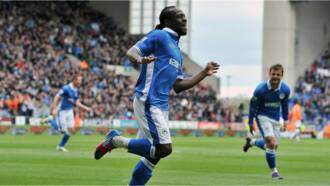 “If I even have the money which I don’t have yet, still I’m looking at bonuses that these lawyers will get if I can."

October 6, 2020 date has been picked by the Court of Arbitration for Sports (CAS) to hear the appeal as he hoped to upturn the ban.

Meanwhile, Legit.ng earlier reported that ex-Super Eagles forward Chinedu Obasi who played under the watchful eyes of Siasia says he does not know the manager to be a person who will get himself involved in match-fixing activities.

"I don’t know him to be that type of a person. I hope he comes out victorious that he can continue his life and his career. “I wish him all the best and hope things will be sorted out as quickly as possible for him,” Obasi said.