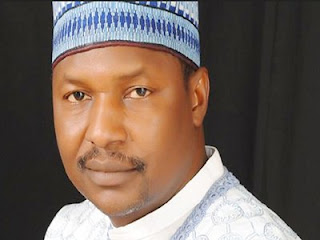 The Federal Executive Council (FEC) has approved the establishment of the Proceeds of Crime Recovery and Management Agency Bill.

The Attorney-General of the Federation and Minister of Justice, Abubakar Malami, stated this on Wednesday after this week’s virtual FEC meeting.

According to Malami, the bill is intended to put in place a legal and institutional framework through which all recovered stolen assets are pooled and managed under an agency.

He explained that once the bill becomes law and the agency is established, it would see to proper documentation and management of such recovered assets, thereby guarantee transparency and accountability.

“What happens now is that proceeds of crime are scattered all over, and mostly in the hands of different and multiple agencies of the government inclusive of the police, the DSS, the EFCC, and the ICPC. So, with that kind of arrangement which is adhoc, there is no agency of government that is saddled with the responsibility of data generation, an agency that can give you offhead the number of landed assets, number of immovable assets, the amount in cash that are recovered by the federal government by way of interim forfeiture or final forfeiture. It is indeed a kind of arrangement that is not uniform and consistent.

“So, what this law now seeks to do is to move the fight against corruption to the next level. Next level of transparency next level of accountability and in essence, have in place an agency of government that is exclusively responsible for anything proceeds of crime. So, a one-stop shop arrangement by which all the assests that are recovered arising from crimes that are indeed vested in the federal government, you can have an information.

“So, by the bill that is now presented for the consideration of the council, we’ll have (1) a law that establishes an agency. And for your information, even for the purpose of planning what we will have at the end of the day if this bill is passed into law, is we’ll have an agency that will be responsible. And as you rightly know, Mr President has sanctioned ever since he came on board, that there should be a budget line, a budget item for recovered assets.

“If you have a budget item for recovered assets, this agency will now be in a position to provide information to the federal ministry of finance, budget and National Planning on demand as to what amount is there available for budget purposes, thereby establishing the desired transparency, the desired accountability which has not been available before now.