Big Brother Naija (BBNaija) housemate Vee is among contestants of the season who have received a lot of criticisms on social media especially because of her blunt nature.

However, the online backlash may not be the only thing to worry about as her social media handler recently revealed that some fans of the show have issued death threats at the housemate who is still in the BBNaija house. 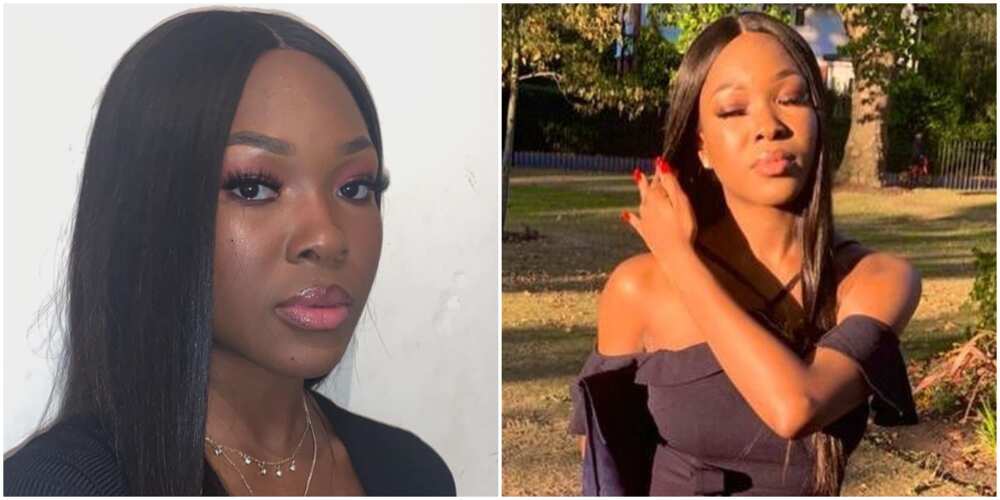 Vee’s handler while sharing the disturbing news prayed unto the Lord to keep watch over her. Heard y'all missed me, Davido writes as he returns to social media with a banger

"God will Protect Vee. And those sending Death Threats to Vee, I hope you find Happiness because Vee is blessed and nothing will happen to her," the tweet read.

Upon sharing the disturbing fans of the reality star who expressed concern over her wellbeing called on the handler to reveal the identity of those who are responsible for the threats.

"Dear @veeiye’s handler. If you do not post those screenshots again, I’ll be utterly disappointed in you because you’re not helping Vee at all. I am not sure everyone has seen it and People needs to know/see these bitter souls for who they truly are."

Another concerned fan of the BBNaija star said:

“Vee will do extremely well and succeed greatly. But you shouldn't be surprised though, like fave like fans. Just like Erica wished/prophesied death on Laycon her fans are cut of the same cloth. It is almost fascinating to see the similarities between Erica and her fans.” Meanwhile Legit.ng previously reported that BBNaija 2020 power couple, Neo and Vee, secured themselves spots as finalists on the fifth season of the show.

Biggie introduced a new nomination method whereby the housemates were split into two groups of three and they had to unanimously nominate two others from the second group.

Neo and Vee magically escaped getting nominated and fans on social media feel they played a fast one.