A popular Nigerian social media influencer posted on Facebook a viral infographic published by TVC claiming Nigeria has been ranked third most terrorised country in the Global Terrorism Index (GTI) 2020.

Verdict: Misleading. The infographic claiming Nigeria has been ranked third most terrorised country in the Global Terrorism Index 2020 is misleading. 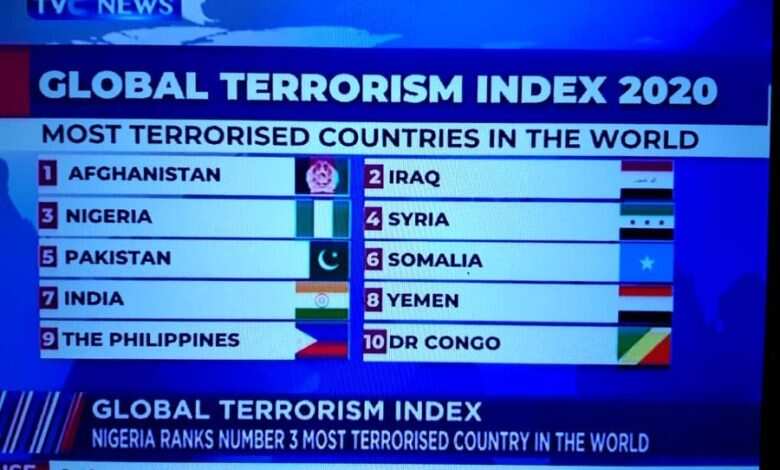 A screenshot of the infographic claiming Nigeria has been ranked third most terrorised country in 2020. Source: TVC
Source: UGC

Television Continental (TVC), a private television station, claimed in one of its programmes, Journalists Hangout, that Nigeria has emerged “the most terrorist country in Africa, ranked worse than Syria, Yemen, Somalia, and Pakistan”.

The programme was aired on Thursday, September 10.

The host of the programme claimed: “Nigeria now ranks third among the most terrorised countries in the world according to the latest report by the Global Terrorism Index." 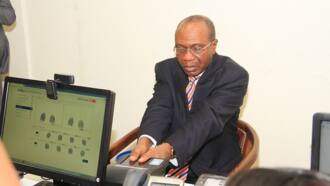 Register or your bank accounts will be blocked, FG warns as it enforces new bank registration process (full details)

Few minutes into the programme, an infographic was shown titled “Global Terrorism Index 2020” with a list of the top 10 most terrorised countries in the world.

According to the infographic, Afghanistan is the most terrorised country in the world, followed by Iraq. Nigeria occupied the third position while Syria and Pakistan occupied the fourth and fifth spots respectively.

As of Wednesday, September 16, the picture has been shared over 300 times with over 200 comments.

To verify the authenticity of the report, Legit.ng conducted a keyword search which linked the claim to the Global Terrorism Index published in November 2019. 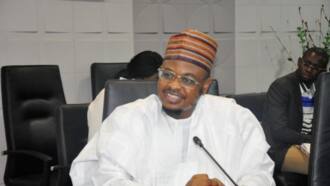 In 2019, the GTI ranked Nigeria the third most terrorised country in the world, a position the most populous African country has retained since 2015.

The 2019 report was published here by The Guardian. In addition, ThisDay newspaper published it lately in July 2020; albeit without indicating the year in its headline.

Meanwhile, a closer look at the TVC infographic indicates that the index erroneously tagged 2020 was the one published in November 2019.

Legit.ng further reached out to Institute of Economics and Peace, the publisher of GTI, to ascertain whether or not it has published the 2020 report.

Fact Check: Did PDP-led govt sell petrol for N600 per litre in 2013 as Garba Shehu claimed?

"The Global Terrorism Index 2020 will be released in November 2020 on a date still to be confirmed," the institute said via email.

The report claiming Nigeria has been ranked third most terrorised country in 2020 is misleading.

The Global Terrorism Index for 2020 is yet to be released. The news being circulated as a 2020 report had been published since 2019.