All eyes are on the Edo governorship election as the stages have been set to ensure that the state rewrites history that will possibly define the integrity of Nigeria's electoral process before the international onlookers and internal critics.

Edo election is already scheduled to hold on Saturday, September 19, in all the state's 18 local government areas, leaving the poll a two-horse race between All Progressives Congress (APC) and Peoples Democratic Party (PDP) ― two parties leading discussion towards the election.

Without any iota of doubt, many rains have fallen leaving tons of debris behind ― especially with the emergence of Pastor Osagie Ize-Iyamu as the candidate APC and the intrigues that led to Godwin Obaseki's defection to PDP.

As fourteen political parties and candidates throw the hats into the ring, Legit.ng provides some important facts about Ize-Iyamu as he seeks to dislodge Obaseki from the Edo stool in his second attempt. 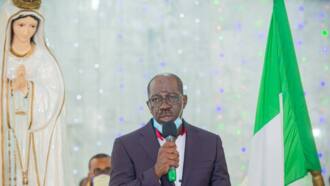 His father was a revered high chief of the Oba of Benin, ranking second in command until his death as the Esogban of Benin.

Ize-Iyamu completed his primary education at Ebenezer Nursery and Primary School, Benin City in 1973, obtaining one of the best results in the common entrance examination of the then Midwestern Region.

He proceeded to the University of Benin (UNIBEN) in 1980 to study Political Science. He, however, changed his course of study to Law, which was introduced into the institution that year.

Thus, he became one of the pioneer students of the faculty of law, University of Benin. He graduated in 1986 and was called to bar in 1987.

In 1990, Ize-Iyamu established a law firm with other associates as a principal partner. The law firm was Idahosa, Ahonaruogho & Ize-Iyamu (solicitor and advocates). The firm had offices in Benin City and Lagos.

Osagie Ize-Iyamu also set his eyes on building a business with varied interest. This culminated in the establishment of the I.O Ventures Limited in 1996, of which he has been chairman/CEO till date.

In 1999, upon the return of democratic government to Nigeria, Osagie Ize-Iyamu was appointed as the chief of staff to the then governor of Edo state, Lucky Nosakhare Igbinedion.

He, however, lost to Governor Godwin Obaseki who was the candidate of APC and Adams Oshiomhole's successor.

In 1995, Osagie Ize-Iyamu had a life-threatening experience which altered the course of his life as he was unimaginably led into the service of God under the lordship of Jesus Christ. The incident was a ghastly car accident from which he was unconscious for nine hours, and the hope of his coming out of it was uncertain. His hips were dislocated and his toes fractured. 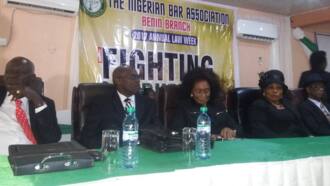 Miraculously, God healed him perfectly at the National Orthopedic Hospital, Igbobi, Lagos. Overwhelmed by the manifestation of divine favour, and the words of encouragement from his wife, Osagie Ize-Iyamu decided to dedicate his life to serving God.

Promptly, he joined the Redeemed Christian Church of God (RCCG), where he grew in knowledge and wisdom about God and church administration.

In 1998, he became pastor of the Upper Room Parish of the Church, located at Adesuwa Road, G.R.A., Benin City.

The union is blessed with four children.