- With just hours to the election, APC chieftain Tony Kabaka has been released by the police

Tony Edun, a popular All Progressives Congress (APC) chieftain in Edo state, also known as Tony Kabaka, has been released from police custody hours before the Edo governorship election.

Kabaka was earlier arrested by the police after allegations of planning to disrupt the election was made against him by the Peoples Democratic Party (PDP).

Kabaka had been at loggerheads with Governor Godwin Obaseki since the governor defected to the PDP. In February 2015, the Edo state government demolished a hotel owned by Kabaka, saying it was built on government land.

APC sources in Edo state told a Legit.ng correspondent in Benin that Kabaka was released after lawyers of the party intervened in his arrest. 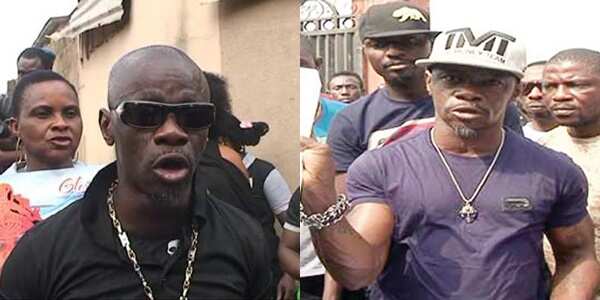 APC chieftain Tony Kabaka has been released by the police.
Source: UGC

One of the party chieftains who spoke under the condition of anonymity said: ''Our leader, Comrade Adams Oshiomhole had gotten some lawyers to release Kabaka. The PDP wants him out of circulation for the election but their plan did not work.

''Ideally, he should not have been kept more than 24 hours after his arrest.''

This publication also gathers that Kabaka was arrested alongside nine of his aides.

''Only one of them was released alongside him, eight others are still in police custody and we are fighting to get them out,'' another APC source said. 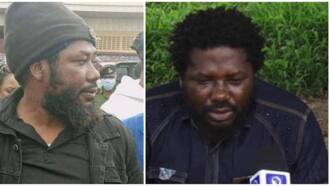 Meanwhile, Legit.ng previously reported that less than twenty-four hours to the conduct of the Edo state governorship election, Umar Sani, a former special assistant on media and publicity to ex-Nigeria's vice president, Namadi Sambo, predicted the outcome of the poll.

In an exclusive interview with Legit.ng, Sani said the candidate of the PDP, Godwin Obaseki, would be victorious at the poll if the federal might is not used to upturn the election in favour of the APC and its candidate, Osagie Ize-Iyamu, on Saturday, September 19.