- About seven people have been kidnapped in Kaduna

- Meanwhile, the police have ot responded to inquiries over the incident

In a new report that highlights the insecurity in Nigeria, gunmen suspected to be kidnappers, have abducted seven people in Kaduna metropolis.

Those kidnapped include five members of a family in Barakallahu, a suburb of Kaduna metropolis.

According to The Nation, Barkallahu is a community neighboring the National Teachers Institute (NTI), along Kaduna-Zaria road, in Igabi local government area of the State.

The bandits reportedly invaded the community at about 1:30am on Friday, September 18, shooting sporadically and burgled into a house to kidnap a woman and her four children.

In a related report, the Kaduna state Police Command’s Police Public Relations Officer (PPRO), ASP Muhammad Jalige did not pick calls put across to him to confirm the incident. 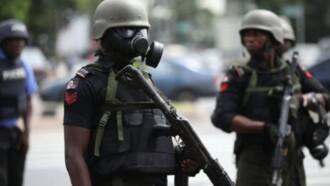 Meanwhile, Legit.ng had reported that as President Muhammadu Buhari-led government seeks to end the terrorism scourge in the northeast, the military has commenced the construction of a base for Unmanned Aerial Vehicles (UAV) and other air assets in the zone.

This was contained in a statement released by the spokesperson of the Nigerian Air Force (NAF), Commodore Ibikunle Daramola.

Daramola said that with the construction of the infrastructure for a newly-established unit, the 203 Combat Reconnaissance Group (203 CRG) in Gombe state, would serve as the base for UAVs and other air assets.

In another report, the North Central Egalitarian Congress (NCEC) has commended the chief of army staff, Lieutenant General Tukur Buratai and the Nigerian army's 4 special forces command for successful attacks against Darul Salam/Boko Haram terrorists in Kogi and Nasarawa states.

The NCEC in a press statement on Wednesday, September 2, by its president, Etubi Enebi said the dislodgement of the terrorists in the two states would bring an end to cattle rustling, banditry, kidnappings and other forms of criminalities in the area. 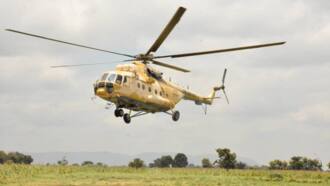