- Kanye West has been keeping the globe entertained and shocked at the same time.

- The things Kanye has done and said this year is next level!

- Legit.ng compiled some Kanye West moments that have caught the attention of social media users

While celebrities are often doing questionable things that have the public dropping their jaws, Kanye really takes the cake. Things that people couldn’t even make up in their heads, Kanye’s done it.

Legit.ng has been reporting on all the wired and wonderful things Kanye has been doing just in 2020. Kanye has been making headlines all over the globe this entire year ad for all the wrong reasons.

Kanye suffers from severe bipolar and has been trying his best to recover and cope with it but it has not been easy. Having Kim stand by his side has definitely been something that has kept him going – she is a strong woman. Kanye West has been keeping the globe entertained and shocked at the same time. It has been a year and a half. Image: Kanye West/Instagram.
Source: Instagram

Here are just six of the times Kanye dropped jaws with social media rants in 2020:

Kanye was meant to run for the next US presidential elections but changed his mind after he allegedly missed some prerequisites.

Turning on the Kardashians

During one of his breakdowns, Kanye revealed family secrets of the Kardashians.

Kanye accused Kim of having an affair – just another one of his inflated in the moment rants that was obviously untrue.

Kanye was certain that the coronavirus was just a lie so that government could chip people and do the devils work.

Kanye faked walking on water like he was Jesus. 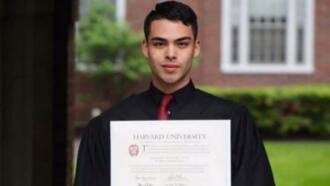 Kanye released some questionable Yeezy’s that were clearly a reflection of his state of mind.

Legit.ng previously reported that Kanye West has continued his rant on Twitter even after his account was suspended for some hours. The star wants Sony//ATV Music Publishing and Universal to release him from his publishing and recording contracts.

He even went as far as posting photos of his contracts on the micro-blogging app. The billionaire rapper has shared that he won't release new music until he gets his masters back from the labels.

The documents he posted on Wednesday night include details of advance payments for his albums, royalty rates, a profit-sharing agreement, and several amendments.