A bus stop in France was named after Nigerian football legend Desire Oparanozie who currently plays for Dijon FCO and the Super Falcons of Nigeria.

This was during the World Cup in France where Desire Oparanozie played for the Super Falcons of Nigeria.

The 26-year-old who has been impressive since playing for the Super Falcons recently joined the French side and her impact has been felt in the city of Guingamp.

Oparanozie started her football career in the city of Owerri before moving to Bayelsa Queens where she was brilliant. 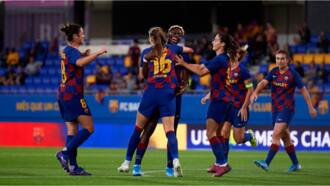 Her impressive performances paved way for her to move to Delta Queens in 2020, but Oparanozie only spent two months there before moving to Turkey on loan.

In 2012, she joined Rossiyanka from the Russian Women's Football Championship with them she played four matches at the 2012–13 UEFA Women's Champions League scoring one goal.

She has also been a regular member of the Super Falcons playing at the 2011, 2015 and 2019 World Cup and was even named captain by former coach Thomas Dennerby. Earlier, Legit.ng had reported how Nigerian striker Desire Oparanozie started another journey in her professional career after confirming with her official social media account that she has joined French side Dijon.

Although many of her fans in Nigeria wanted Desire Oparanozie to move to Spain or England, but she will be in France for the next two years which she signed for her new club. 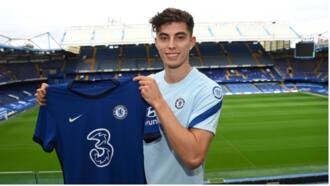 Before joining Dijon, Desire Oparanozie spent six years at Guingamp and opted to face another challenge in her football career.

While confirming the latest development, Desire Oparanozie explained that she is happy and wants to take the club to a great height starting from the coming season.