- In the short clip, the cute baby is covered in what looks like porridge while her mum questions her on her mischievous act

- Twitter users clearly smitten with the little cutie quickly came to her defence, hilariously claiming that she had been "framed"

A young mummy on Twitter has recently shared a very special and what seems to be frequent mother and child moment - the classic baby gets into something they aren't supposed to and makes a big mess while at it.

@que_nokwali took to the microblogging site with a short clip of her baby girl who found her way into what looks like a container of porridge. The little girl then decided to spew the porridge everywhere, including her cute little face. 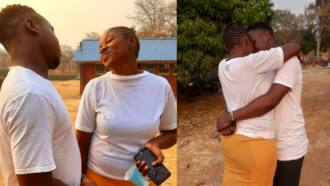 After getting caught red-handed, the little one had to face trial by camera-wielding mummy. She didn't seem too phased, however, trying to answer her mum who just wanted to know why she decided on making the big mess.

"On the next episode of “have kids it will be fun” .. joooh guys.The response kills me though."she wrote

Twitter users who were seemingly overcome by the cuteness overload, quickly jumped to the little baby's defence. While many of them explained that she was just trying to fix herself something to eat, others hilariously concluded that she had been framed.

View some of their entertaining comments below:

"After listening to the evidence presented by the accused I hereby declare that she is innocent. The accuser took a video after fabricating the scene to make her evidence sustaining. We hereby ask the accuser to pay for the legal costs. Case dismissed. No appeal is allowed." "The witness is too cute we can't accuse her of anything."

"She wanted to make ”iNcanca” for herself, girl wanted to be responsible and independent. Things went south." 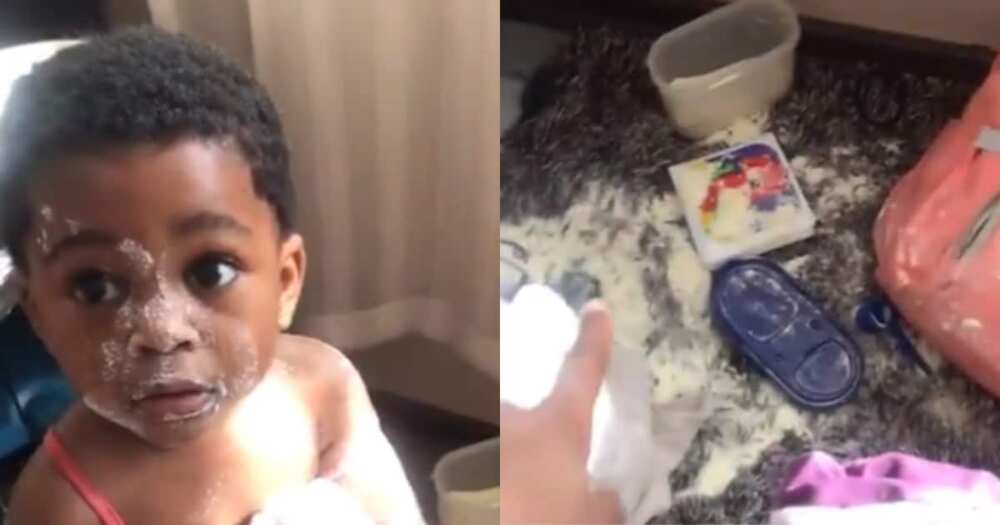 In other news, a boy has learnt at a very young age that sometimes love hurts. We don't always find our Mr or Mrs Right the first time.

One young man was filmed by his mum detailing how his bae broke his heart. In the video, which was shared online by social media user @aypee_madicks, the boy revealed he was dumped for someone else.

Would you marry a baby mama or baby 'papa'? | Legit TV