- Philips Shaibu, Edo deputy governor, has successfully cast his vote in his unit at Jattu

- There was, however, a clash between members of APC and PDP over who to vote for

Shaibu, who is seeking reelection alongside his principal Governor Godwin Obaseki on the platform of Peoples Democratic Party (PDP), voted at his Ward 11, unit 5, at about 10: 30 am amid loyalists. 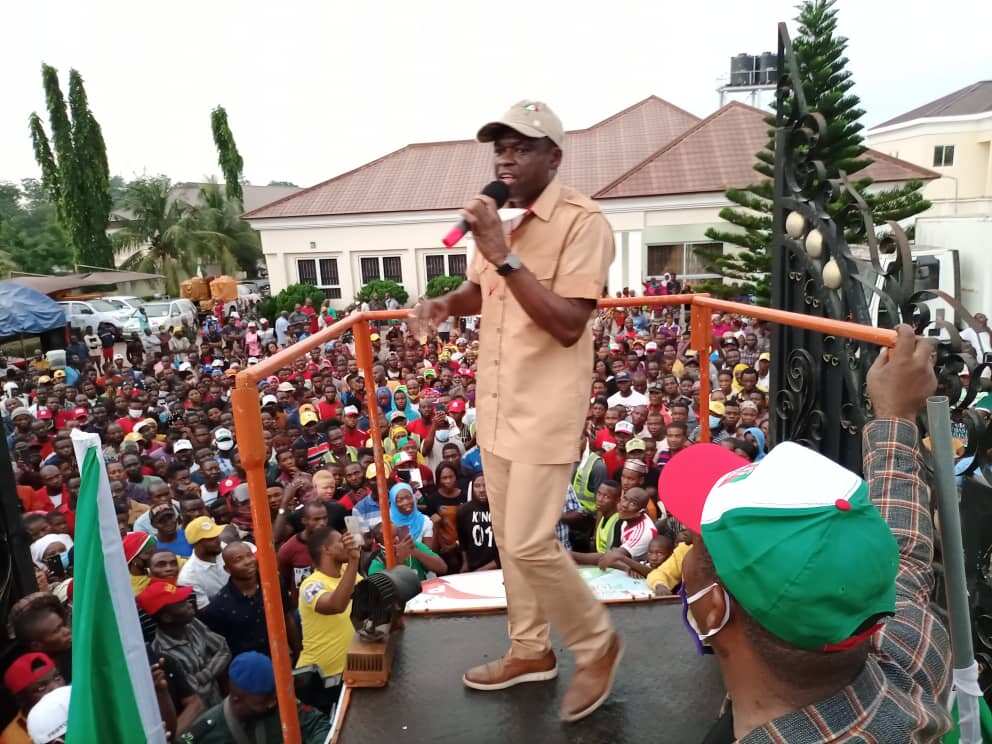 Speaking with journalists shortly after casting his vote, Shaibu described himself as an optimist who never lost an election.

“I am optimistic that we will win the election. You know I am a man of the people and we have a technocrat as a governor, people who ordinarily would not have come are out to vote are all here, so I am expecting a bigger victory for us”.

“I have never lost an election, I am a grassroots politician and a man of the people. The crowd would have been more than this but I think as time goes on, people will turn up for the election.

“Don’t forget this is my community and whether there is gunshot or not, they must stand by me," he said.

Meanwhile, Legit.ng understands that there was a mild drama in the ongoing election as loyalists of All Progressives Congress (APC) and PDP squabbled at Shaibu's polling unit. 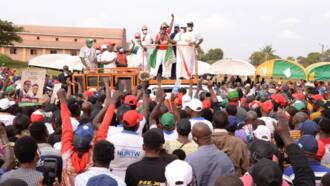 Edo 2020: Democracy is not a government of godfathers - Obaseki blasts Tinubu

The loyalists raised their voices and threatened each other in their local dialect, Etsako, a variant of languages spoken by the Afemai people.

"If you try that thing here, we will kill ourselves," one of the bickering people threatened.

In a related development, Governor Obaseki finally voted during the ongoing governorship election in Edo state.

Governor Obaeki, who is seeking re-election on the platform of the PDP, is presently having a tough run with 13 other candidates including Pastor Osagie Ize-Iyamu, candidate of APC.