Riqui Puig could be on his way out of the Camp Nou as Barcelona manager Ronald Koeman has reportedly told the youngster to go in search of another club.

According to RAC1 journalist Gerard Romero, Puig has been shown the exit door by the ruthless Barcelona boss who earlier told Luis Suarez to also leave.

Puig was among the 17 players who missed training during the Lionel Messi debacle ahead of their pre-season plans.

And Barcelona have launched what the club describe as urgent operation looking to clear out several other players in a bid to get funds to bring in at least three new players.

Among the players expected to leave the club include Luis Suarez, Samuel and Martin Braithwaite who according to reports are now surplus to the squad.

The Catalans need cash to bring in a strong midfielder and a forward as well as a left footed center-back after they finally resolved their saga with Lionel Messi. 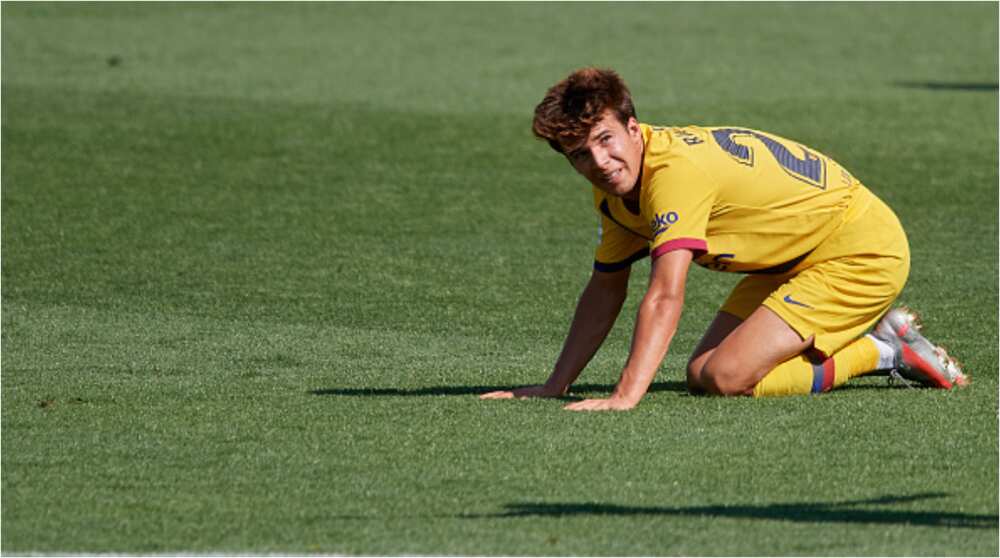 And Suarez has been told to train alone by new manager Ronald Koeman ahead of his rumoured switch to Italian giants Juventus.

The Uruguayan looks set to leaving the Catalan club as just medical and bonuses are needed to sort out after a £2.8million move plus £12million in variables had been agreed, but the report claims Atletico Madrid have arrived on the scene and the Uruguayan's openness to staying in Spain has changed the scenario. Just in: Jubilation at Anfield as Liverpool on the verge of sealing €30million deal for top Spanish footballer

The Reds have been silent in the transfer market so far but are now planning to add to their squad just before the window closes.

Barely 24 hours ago, the Bayern Munich manager Hans-Dieter Flick confirmed Thiago Alcantara has left the club with Anfield his most preferred destination.