- The results from the remaining five local governments are being awaited

The election results released so far by the Independent National Electoral Commission (INEC) indicate that the incumbent governor of Edo dtate, Godwin Obaseki, is maintaining early lead over his main challenger and candidate of the All Progressives Congress (APC), Pastor Osagie Ize-Iyamu.

Legit.ng reports that the governorship election was conducted in the state on Saturday, September 19, as the INEC started announcing results of polls conducted across the state.

Channels TV reports that the results of 13 local governments have already been announced by the electoral commission with Obaseki clinching 11. 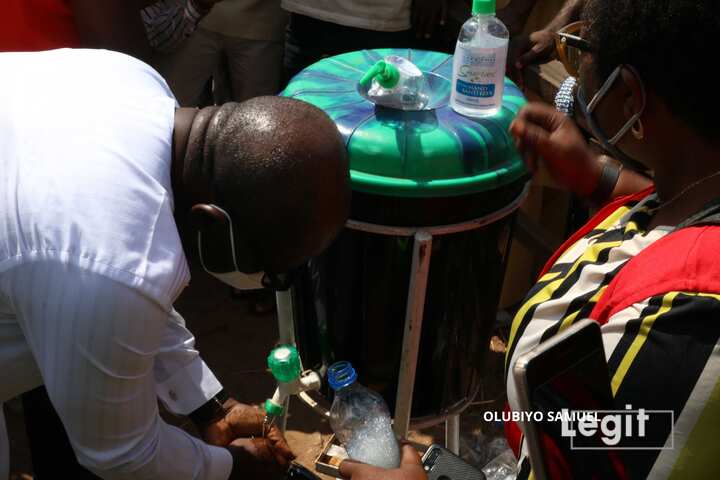 Governor Godwin Obaseki washing his hands before he cast his vote at his polling units.
Source: Original

Five local governments’ results are still yet to be released. Obaseki expressed confidence in winning the election and urged the electorate to remain steadfast while protecting their votes.

The governor also expressed disappointment in the way in which the poll is being conducted by the Independent National Electoral Commission (INEC).

In another report, Obaseki defeated Ize-Iyamu in his (Obaseki)'s polling unit during the gubernatorial election.

Obaseki polled 184 votes while Osagie Ize-Iyamu secured 62 votes at the governor's unit. In unit 21, PDP got 53 votes while the APC polled 33 votes. In ward 2 unit 2, which is the area of former APC national chairman, Chief John Odigie Oyegun, PDP polled 109 while APC got only 40 votes.

Shaibu, who is seeking reelection alongside his principal Governor Godwin Obaseki on the platform of PDP, voted at his Ward 11, unit 5, at about 10: 30 am amid loyalists. 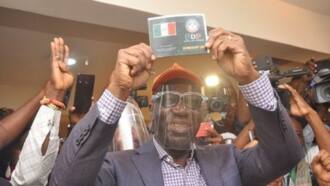