- Jonathan made the congratulatory statement in a series of tweets on Sunday, September 20

Ex-president, Goodluck Jonathan has sent a congratulatory message to Governor Godwin Obaseki of the Peoples Democratic Party (PDP) over his victory in the Edo state election.

Jonathan in a series of tweets on Sunday, September 20, said the people of Edo state through their ballot papers have spoken in favour of the governor. 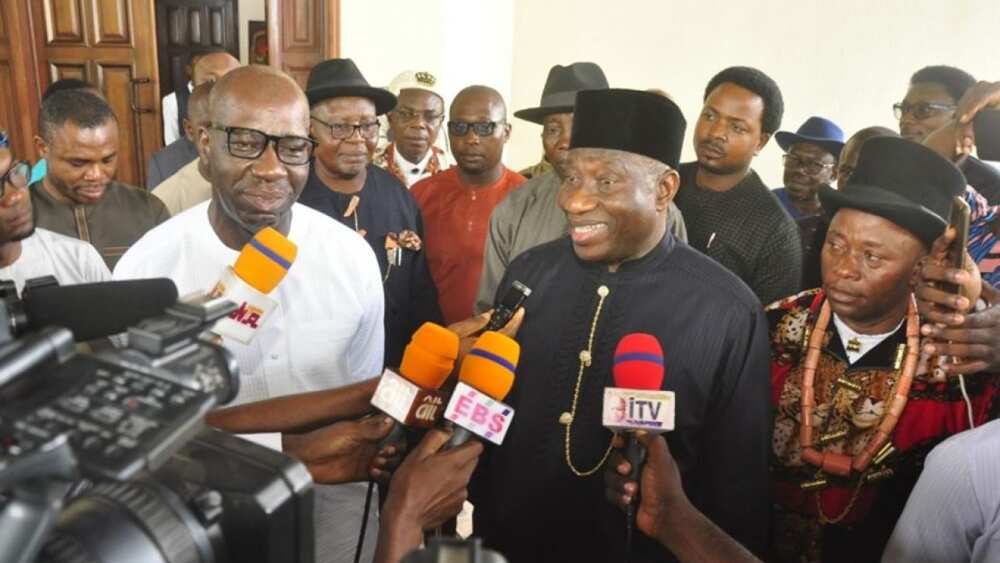 Jonathan said elections are credible and transparent when they reflect the true wishes of the people. Photo credits: Naijanews.com
Source: UGC

The former president urged the re-elected governor to govern all people of his state without any partisan bias.

He also commended the Independent National Electoral Commission (INEC) for ensuring that the election allowed the votes of the people of Edo to count. 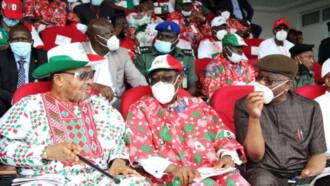 Jonathan said it is only when elections become credible and truly represent the wish of the voters that democracy can be consolidated to promote good governance.

Meanwhile, Dino Melaye, a former senator representing Kogi West, has mocked the immediate past national chairman of the APC following the ruling party's defeat in the just-concluded Edo governorship election.

The former lawmaker, in his usual humor-filled social media banter, said Oshiomhole has been sent into political oblivion, describing the former Edo governor as "Oso pikin" - a contrast of his popular pseudonym Oso baba.

Alluding to Governor Umar Ganduje's controversial bribe scandal, Melaye remarked that all the dollars brought to Edo by APC have gone into waste

Obaseki showered a flurry of encomiums on the president for giving the INEC the free ground to conduct the election without any prejudice due to political differences.

Still on politics, the former governor of Imo state, Rochas Okorocha, has spoken on the internal crisis rocking the ruling APC, following the party's defeat in the Edo governorship election.

Okorocha, a senator representing Imo West senatorial district, said there is no more APC, saying that is left of the ruling party is the respect for President Muhammadu Buhari.

The former governor who is an APC founding member attributed the crisis rocking the party to the alleged relegation of the founding leaders to the background.