Popular Links: Buhari Football EFCC Boko Haram Trending Nigerian Names Politics
Home | News | General | I would never have met Kiddwaya if not for BBNaija, Erica says in tell all interview with Dele Momodu
See how 24-year-old Nigerian man is smiling to the bank by painting body as a means of livelihood (photos)
John Obi Mikel on fire as his club suffer embarrassing defeat against top side in League tie

I would never have met Kiddwaya if not for BBNaija, Erica says in tell all interview with Dele Momodu

- Erica had a lot to speak about including her relationship with billionaire son, Kiddwaya

Disqualified Big Brother Naija (BBNaija) housemate, Erica Nlewedim, was stripped of the opportunity to go on media rounds based on the circumstances of her exit, but the reality star has enjoyed the goodwill of some top players in the media.

The interview which was aired live on Instagram took place shortly after the weekly Sunday night eviction show.

Erica had a lot to speak about as it regards her background, career as an actress and what it feels like to be the only child of her parents. 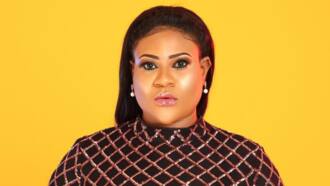 According to the young lady, she has gotten over the feeling of loneliness and is usually the ‘life of the party’ whenever she is around friends.

Speaking on her BBNaija journey, Erica said she had a lot of reservations when friends told her to audition because she only wanted to be known as an actress.

She, however, added that since most movie productions could not go on due to the coronavirus pandemic, she decided to take a shot at the reality show. 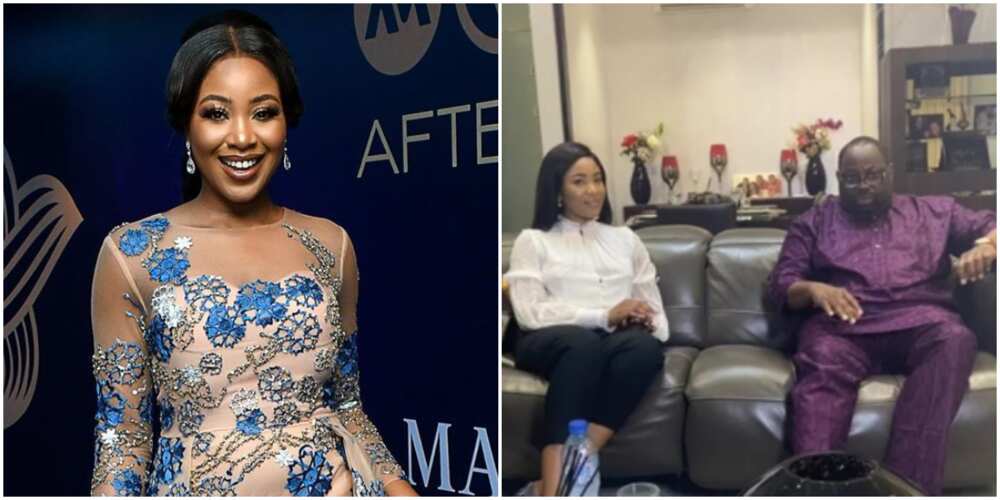 On the lessons she picked up while in the house, Erica disclosed that she has learnt not to be too trusting of others. The ex-BBNaija star also added that she intends to be using more of her head now as opposed to following her heart.

As a third lesson picked up from the house, Erica said she learnt not to seek her happiness from others. 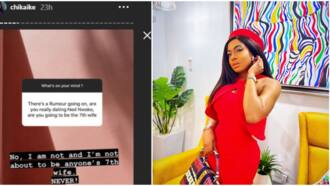 Chika Ike responds to rumours of a relationship with Ned Nwoko, says she can never be anyone's 7th wife

Responding to criticism about the show, Erica said it is indeed a great platform. According to her, Kiddwaya is one of the most amazing people in the entire world and she wouldn’t have met him if not for the BBNaija show.

In a different BBNaija story, Legit.ng earlier reported that male housemates Ozo and Trikytee lost their chance of making it into the final week of the reality show.

The two housemates were evicted during the Sunday night live show after spending a total of nine weeks in the house.

During a short chat with Ebuka, Ozo admitted that he was indeed a dum dum in his pursuit of Nengi’s love while in the house. BBNaija: My son lives a better life than you - Nina blasts critics who trolled her after asking which housemates to save