Edo election: Obasanjo reacts to PDP's victory, reveals what Obaseki needs to do

- Governor Godwin Obaseki defeated the candidate of the APC on Saturday, Septemebr 19

- Obasanjo, however, advised Obaseki to be magnanimous with victory

Governor Godwin Obaseki of Edo state has been advised to be magnanimous after his miraculous victory over the candidate of the All Progressivess Congress (APC), Osagie Ize-Iyamu, on Saturday, September 19.

Legit.ng reports that the advice was given by the Nigeria's former president, Olusegun Obasanjo, adding that it would be charitable and cool passions in the wider interest of the state and country for Obaseki to tow the path of magnanimity.

The former president in a statement issued on Monday, September 21, by his special assistant on media, Kehinde Akinyemi, said the success recorded by the governor at last governorship election in the state, was a proof that the people of the state valued his leadership and appreciated the efforts made thus far on their behalf. 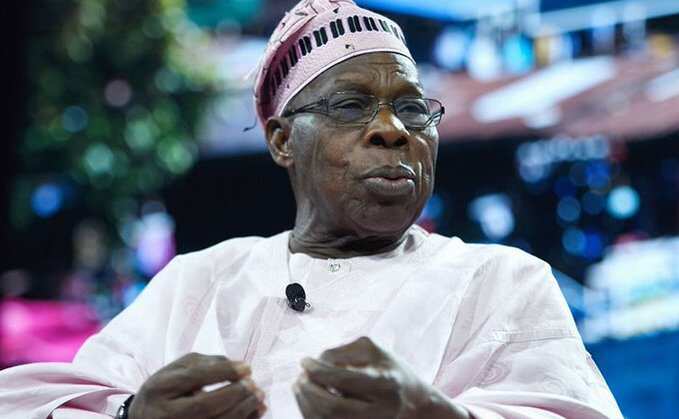 "I salute you and all those who worked for your re-election," he said.

The former president noted that the outcome of the elections that have taken place so far broadly reflects the choice of the Nigerians who have, by their conduct, visibly demonstrated that they value our present democracy and will do their utmost to make it work.

"I urge you, therefore, to reciprocate their trust by doing everything you can to strengthen their faith in democracy and in its ability to bring about improved material conditions and better service delivery.

"I also count on your support of well-meaning Nigerians like me in our quest for national peace, stability and economic development and trust that you will play an active and visible role in our pursuit of these noble and desirable objectives.

"You have fought and won the elections and deserve to savour the victory despite all the odds and challenges posed by the opposition. As you rejoice, however, I would urge that you should be magnanimous in victory and stretch a hand of fellowship to the other candidates who failed in their bid for the elected office. 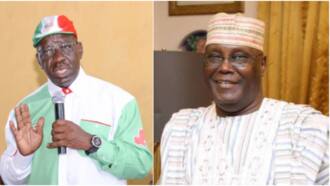 "Such a gesture is not only charitable but should also help at this time to cool passions in the wider interest of the nation and your state. You are now, as before, Governor of Edo state and not Governor of only those who voted for you in Edo state.

"I felicitate with you, once again, on your renewed mandate and, as you prepare for another four years at the helm, I extend best wishes for your good health and the continued progress of Edo state under your able leadership."

All eyes are on us - INEC sends message to its staff, reveals how Obaseki, others should be treated (full statement)

It was reported that Ojezua made the statement when reacting to the victory of Godwin Obaseki of the PDP in the election.

He stated that he was saddened by the fact that Obaseki didn’t win the election on the platform of the APC.