How President Buhari helped me defeat APC, others to win Edo election - Obaseki opens up

Godwin Obaseki has showered a flurry of encomium on President Muhammadu Buhari, with the Edo governor saying that he won the Saturday, September 19 guber election because the Nigerian leader wanted people's will to succeed.

Speaking in an exclusive interview with BBC on Sunday, September 20, after being declared the winner of the keenly contested election by the Independent National Electoral Commission (INEC), Obaseki said the president's neutrality sealed his victory.

The governor disclosed that prior to the election, President Buhari issued a statement where he gave a strict warning that all party candidates going into the poll must get a "level playing field."

"Before the election, the president issued a statement that everybody should do their work as they were supposed to do, that every party should get a level playing field. 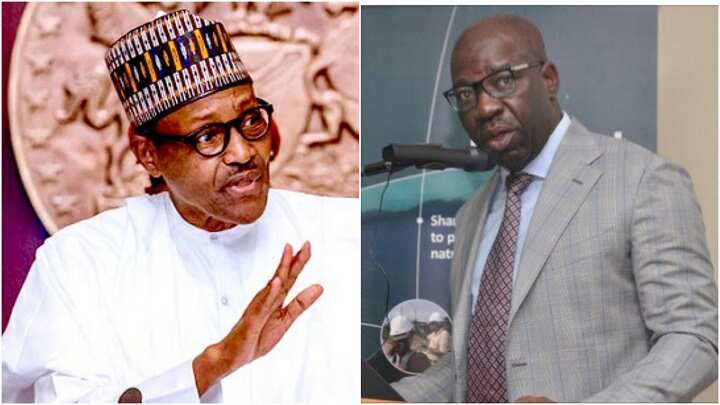 "The president also ordered the INEC and the inspector-general of police to do their work and truly they did their work," the governor said.

Legit.ng recalls that after months of intrigues and political theatrics, Governor Obaseki comfortably sailed to the shore of victory as he defeated Ize-Iyamu.

The Edo governor was declared the winner of the anticipated poll by INEC having met all requirements by polling 307,955 and winning 13 out of the 18 local government areas in Edo state. 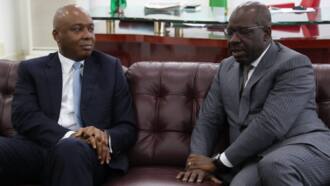 Earlier, Obaseki sent a powerful message to the All Progressives Congress (APC) candidate in the just-concluded Edo election Osagie Ize-Iyamu, with the governor urging his opponent to embrace peace and join him in moving the state forward.

Obaseki noted that this will be the second time he would contest against Ize-Iyamu. He added that it is high time both joined hands together since they came from the same area.