- Cristiano Ronaldo will have Sporting Lisbon's football academy renamed after him

- Ronaldo has gone on to play for top clubs including Man United, Real Madrid and Juventus

Cristiano Ronaldo has been honoured by Portuguese side Sporting Lisbon as their football academy has been renamed christened after him.

The Juventus striker began his journey with the Premiera Liga side at the age of 12 in 1997 from CD Nacional in his hometown of Funchal, Madeira.

And the pacy winger became the first player to represent the club's U16, U17, U18, Team B and first teams in a single season. 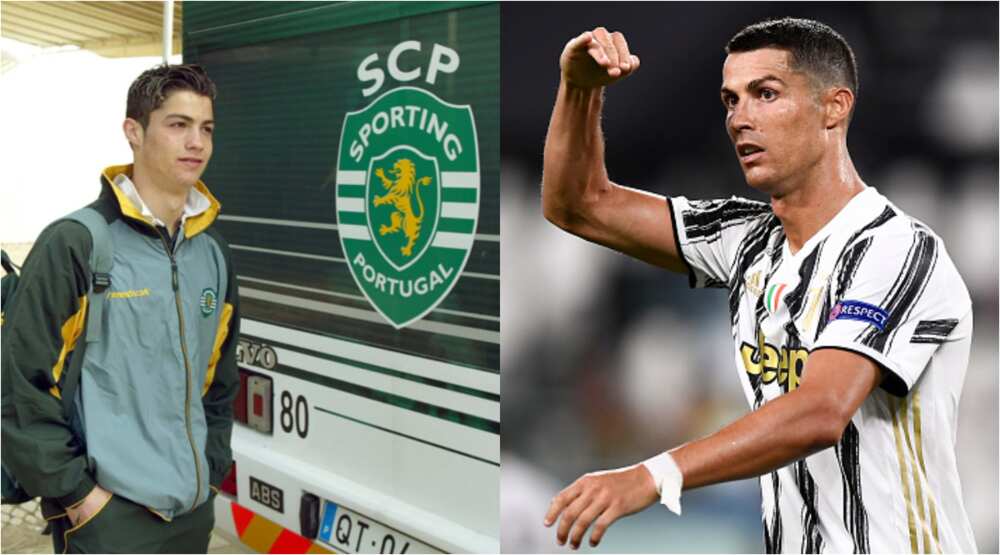 After his debut against Inter Milan and his league debut, Man United came calling after singlehandedly turning their defence up side down in a friendly against the Red Devils. 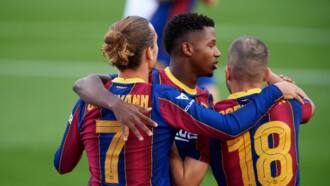 He left Lisbon for Old Trafford for £12.24million and has has won seven league titles in three countries as well as five Champions League trophies.

Sporting will hold a special ceremony to commemorate the new name Academia Cristiano Ronaldo when Covid-19 restrictions are relaxed.

Other famous stars who passed through the acdemy including Luis Figo, Ricardo Quaresma, Nani and Joao Moutinho will also be honoured.

Sportingsaid in a statement: "The good son makes the house and the house that made Cristiano Ronaldo now welcomes his name in honour of the one who became the best Portuguese player of all time, the best player in the world, awarded with five Ballons d'Or and captain of the European and Nations League champions.

"The Cristiano Ronaldo Academy will represent Sporting in its excellence and will follow the destinies of the one that now gives it its name: to be the best in the world." 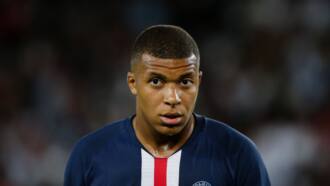 Meanwhile, Legit.ng had earlier reported that Cristiano Ronaldo has now scored in 19 consecutive top-flight league season after he found the back of the net in the Italia Serie A on Sunday, September 21 against Sampdoria.

The 35-year-old who was denied on several occasions eventually fired home his side’s third goal of the game after Dejan Kulusevski and Leonardo Bonucci had taken the game beyond the visitors.

Ronaldo’s goal came just two minutes from time after Aaron Ramsey’s pass had split the visitors' defence towards the Portuguese who fired home to the far corner in style to make it 3-0 with Juve grabbing all three points in their season opener. 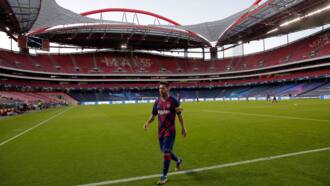 Koeman gives Lionel Messi big warning ahead of coming season, tells him 1 thing he must do