- Adebayo Akinfewa has expressed disappointment in the English FA's ruling

Adebayo Akinfenwa has revealed that he feels let down by the FA after they ruled out a man who called him a ‘fat water buffalo’ as not being racist.

The British-born Nigerian striker who plies his trade with Championship side Wycombe heard the abuse from a Fleetwood Town representative during last season’s League One play-off semi-final. 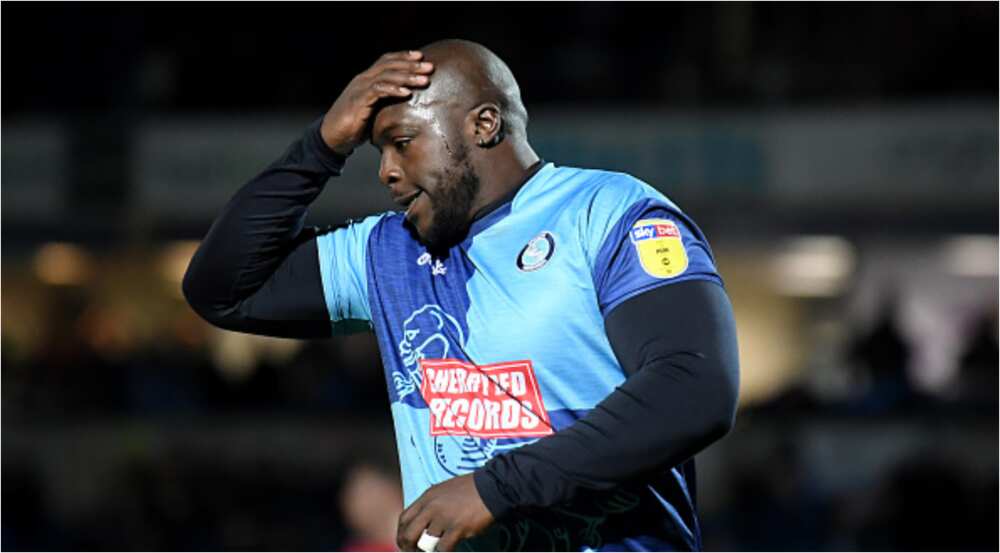 The 38-year-old who was subjected to racial abuse and felt ‘angry, frustrated and dehumanised’ and reported the incident to the FA.

However, the FA claim there was ‘not sufficient evidence’ to charge the Fleetwood employee who racially abused Akinfewa and was ruled out.

“I won't sugar coat it, I think the FA have let me down.

“They keep promoting that we should report incidents.

“But I report it and I feel like they had a chance to say, even if it is a grey area for them, ‘let’s stamp it out’, but I feel they let me down.

“I don’t understand how it’s a lack of evidence.

“They’ve come out and stated that they accept the comment was made, but they cannot prove that it was racial.

“There’s no grey area for me. That’s the disappointing thing."

Championship side Wycombe released a statement that there is no place in sport for such comments.

Meanwhile, Legit.ng had earlier reported that Wycombe Wanderers striker Adebayo Akinfenwa got a surprise after helping his side promote to the Championship for the first time in their 133 years of existence.

Premier League winning manager Jurgen Klopp gave the English star of Nigerian descent a call to celebrate their triumph with him.

Their promotion was secured following their 2-1 victory at Wembley Stadium on Monday, July 13th.