Kepa Arrizabalaga's days at Stamford Bridge are numbered following the arrival of Edouard Mendy from Rennes, according to reports.

The Senegalese was unveiled as Chelsea's latest signing with a fee reported to be within the region of £22million.

And Frank Lampard is ready to make him his first choice after Kepa continued from where he stopped in terms of committing errors. 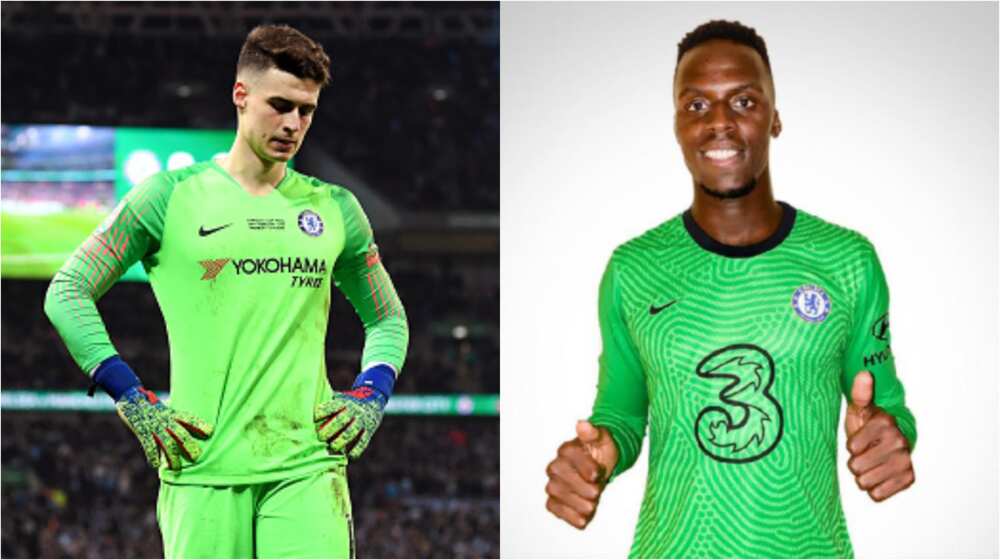 The Spaniard has fallen out of favour with the club's hierarchy and it understood that they ready to listen to offers before the October deadline day.

Kepa joined Chelsea for a world record fee of £71m from Athletic Bilbao as Thibaut Courtois' replacement who left to join Real Madrid.

He made series of errors before the lockdown and after the restart, he lost his place to Willy Caballero in the FA Cup semis and finals.

Kepa was blamed for Brighton's only goal against Chelsea and the schoolboy error against Liverpool has summed up his presence in between the sticks for Lampard.

Mendy who is set to become the club's new gloveman was happy his dreams came through after signing a five-year deal.

“I am so excited to be joining Chelsea.

“It’s a dream for me to be a part of this exciting squad. I can’t wait to get started.”

Meanwhile, Legit.ng had earlier reported that Edouard Mendy has finally joined Premier League giants Chelsea from Rennes for a fee reported to be around £22million.

The 28-year-old has been linked with a move to the Stamford Bridge outfit for weeks and the Blues have finally landed their man and he has signed a five-year deal.

The Senegalese shot-stopper is expected to compete with Kepa Arrizalaga and Willy Caballero in the number one position after the Spaniard posted strings of errors recently and in the last campaign.

Legit.ng had also reported that Kai Havertz has silenced his critics following after scoring a hat-trick for Chelsea in their 6-0 thumping of Champions side Barnsley in the EFL Cup.

The German midfielder produced a man of the match performance at Stamford Bridge grabbing three goals in the comfortable win over the visitors.

The 21-year-old who completed a £70million move from Bayer Leverkusen in the summer finally got his account off and running on his third game as a Chelsea player.