Barely three days after a tanker laden with petrol exploded killing a lot of persons and destroying vehicles in Felele, Kogi, another fire outbreak has hit the state again.

This time, the disaster was caused by an electric power surge that started in a shop at Lokoja in the midnight of Friday, September 25.

The shop is one of the sections of an electronics mall known as PeeLinks, The Nation reports.

It was gathered that the fire spread to other shops in the mall close to the federal fire service station along the Murtala Mohammed road in the state. 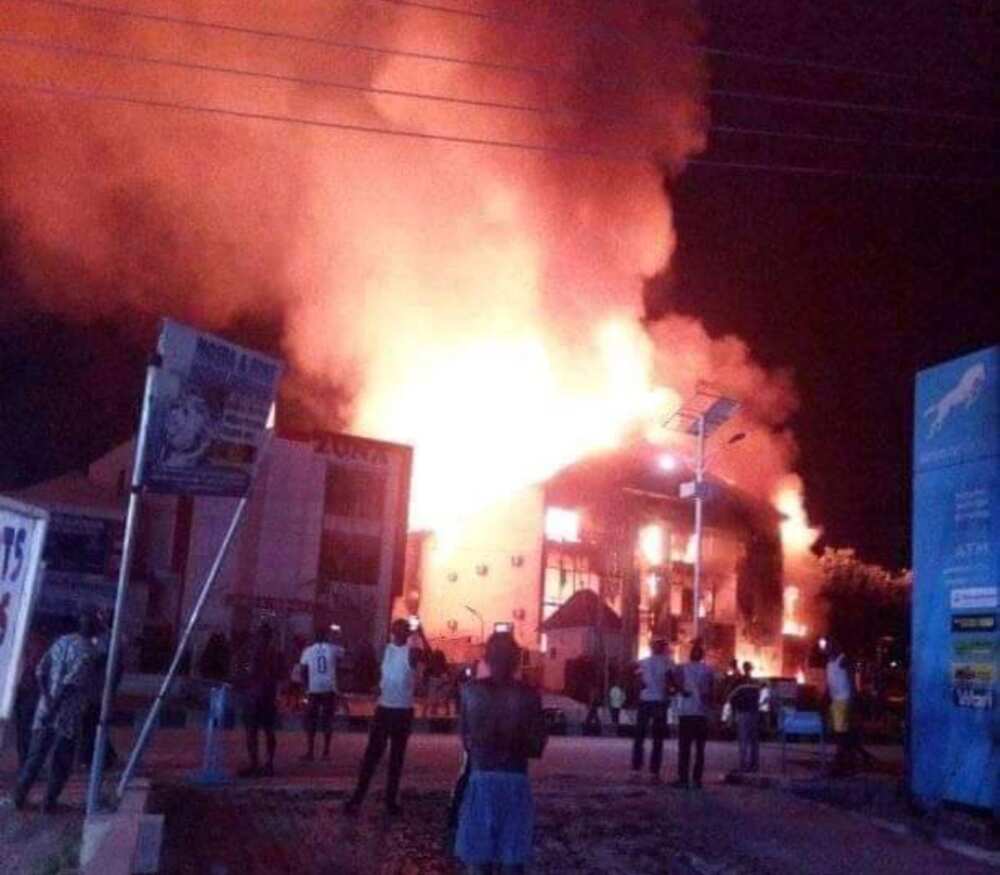 The fire, according to an eyewitness, completely destroyed the shopping mall.

Earlier, there was a fire outbreak along the Abuja-Lokoja highway in Kogi which claimed the lives of about five persons on Monday, November 18.

This happened as a petrol tanker with a faulty brake around the Felele axis crashed into five vehicles at the NNPC mega station in the area.

The development has triggered protest among young persons in the area, although the police command in the state has not released any report on the incident.

Also, the tragic Kogi tanker accident which happened on Wednesday, September 23, had reportedly claimed the lives of at least 23 people.

Many others were also injured following the petrol tanker explosion which gutted five other vehicles at the Felele area along the Lokoja-Abuja highway.

The Federal Road Safety Commission (FRSC) officially confirmed the death of 23 people while residents of the area put the figure at over 50.