Thiago Silva and Ben Chilwell could be included in Frank Lampard's starting XI ahead of Chelsea Premier League clash away at West Brom.

The Blues suffered a 2-0 loss to Liverpool and the club are desperate to get two of their new signings in action against the newly-promoted side.

Apart from Timo Werner and Kai Havertz, Lampard is yet to field all of his new recruits in the opening two league encounters. 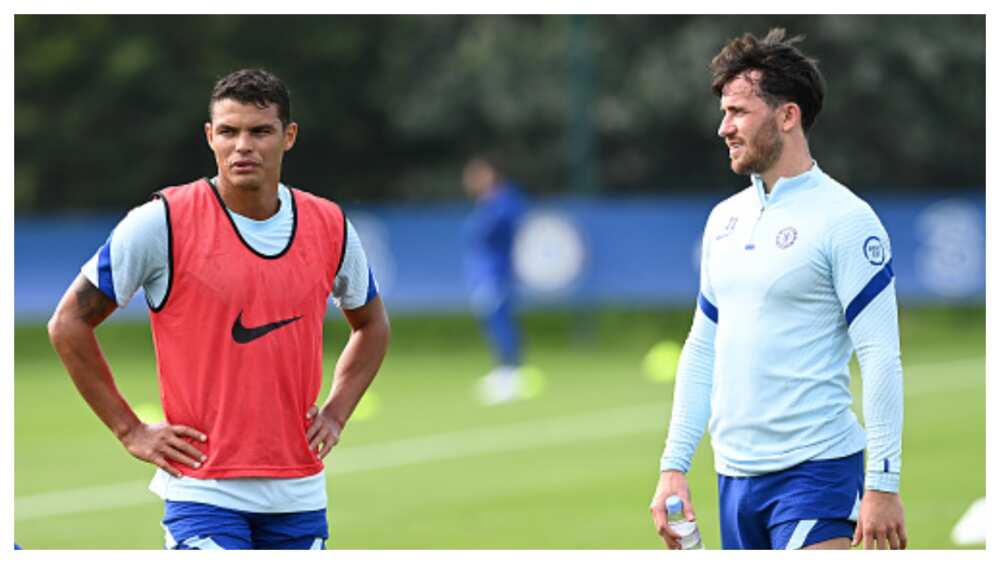 Hakim Ziyech remains on the sidelines with a knee problem but Chilwell and Silva who made appearances in the 6-0 spanking of Barnsley at the EFL Cup in midweek are available.

And Lampard has confirmed that both defenders are fit to make his starting line up which means Marcos Alonso and Fikayo Tomori will be on the bench.

Latest recruitment Edouard Mendy is not ready to be in contention to play after only just arriving the club a few days ago, according to Lampard.

This means Kepa Arrizabalaga could retain his number one spot despite Willy Caballero keeping a clean sheet in the Carabao Cup.

Reece James could be the preferred option to club captain Cesar Azpilicueta at right-back and Silva will partner Kourt Zouma in central defence with Chilwell starting from the left.

Jorginho who has been linked with a last-minute move to Arsenal could sit on the bench as N'Golo Kante and Ross Barkley midfield trio given the nod.

Mason Mount, Havertz and Werner are likely to start as the front-three with Tammy Abraham and Olivier Giroud dropping to the bench despite both scoring in the League Cup.

Meanwhile, Legit.ng had earlier reported that Kepa Arrizabalaga will be in goal for Chelsea when they travel to play at the Hawthorns against West Bromwich Albion in a Premier League fixture at the weekend, Frank Lampard claims.

The Spanish goalkeeper has maintained his number one spot despite his shortcomings since the beginning of the 2020-21 season.

Despite the signing of Edouard Mendy from Rennes, Lampard believes it too early to rush the £22million shot-stopper into action for their trip to West Brom.