Popular Links: Buhari Football EFCC Boko Haram Trending Nigerian Names Politics
Home | News | General | JUST IN: With FG's new court order to stop us, this is our final take on strike - NLC
2023: North reportedly campaigns for another Jonathan presidency
It ended in tears - Nigerian man cries out one month after he announced beginning of relationship with Amaka

JUST IN: With FG's new court order to stop us, this is our final take on strike - NLC

- The NLC has revealed its final position on the proposed strike

- The union insisted on taking the industrial action throughout Nigeria

The Nigeria Labour Congress (NLC) on Friday, September 25, insisted on going on a nationwide strike over the hike in petrol price and electricity tariff.

This position of the NLC came after the federal government secured a fresh order from the Nigeria Industrial Court (NIC) restraining the union from going ahead with the action. 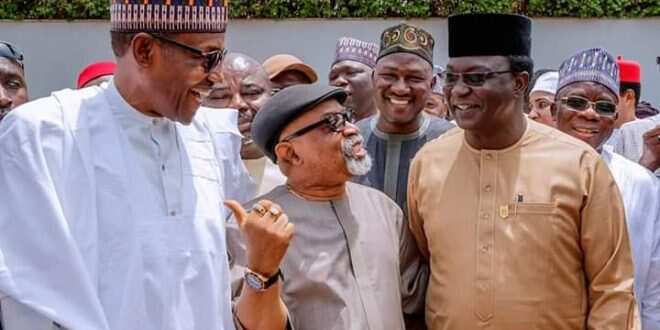 A statement from the secretary-general of the NLC, Comrade Emmanuel Ugboaja, urged members to embark on a national protest and strike on Monday, September 28.

Ugboaja in the communique also called on all affiliated unions, their presidents and general secretaries to take part in the rally.

Earlier, the federal government had obtained a fresh court order to stop the nationwide strike by labour unions. NLC and TUC had slated their protest for Monday, September 28, over the recent hike in the price of motor spirit known as petrol and the electricity tariff.

In a fresh ploy, the federal government got a new restraining order to stop the nationwide protest of the labour bodies.

The order was given by Justice Ibrahim Galadima of the National Industrial Court in Abuja, following an ex parte application by the minister of justice and the attorney-general of the federation, Abubakar Malami.

There has been massive outrage and condemnation across the country following the federal government's decision to raise the price of fuel and electricity.

Meanwhile, Legit.ng reported that the planned nationwide strike by NLC and TUC might have hit the rock.

The National Industrial Court on Thursday, September 24, granted an interim injunction restraining the NLC and TUC, their officers, affiliates and privies from embarking on any strike or stoppage of work from Monday, September 28.