Popular Links: Buhari Football EFCC Boko Haram Trending Nigerian Names Politics
Home | News | General | It ended in tears - Nigerian man cries out one month after he announced beginning of relationship with Amaka
JUST IN: With FG's new court order to stop us, this is our final take on strike - NLC
Premier League club sells world's richest footballer whose uncle is Sultan of Brunei worth £22bn (photo)

- A young man, who took to social media announce that his crushed accepted to date him, says the relationship is over

A young man Nigerian man, who was celebrated on Twitter in August when he revealed that his crushed accepted to date him, has returned to the platform to reveal that the relationship is over.

Returning to the microblogging site on Friday, September 25, he wrote:

"E don spoil. Ended in tears. We move! Onto the next." 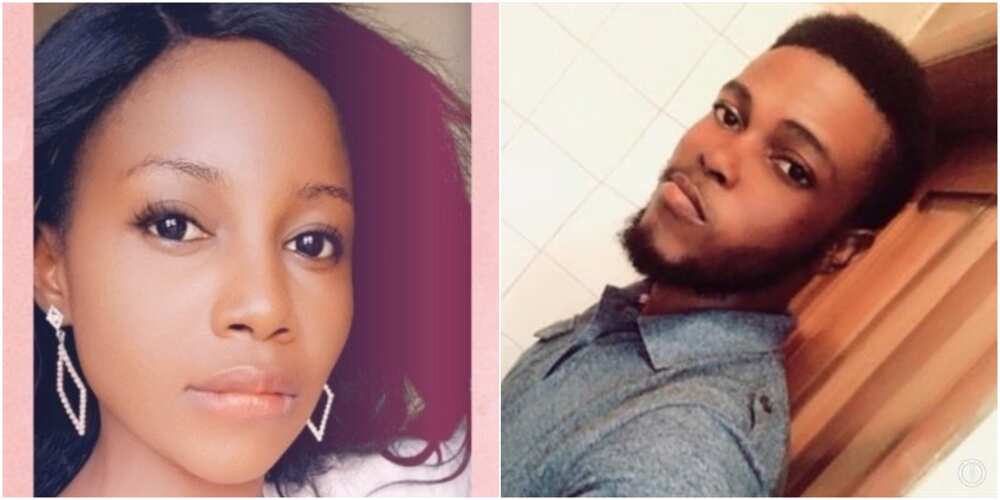 "I calculated the time. Just a month and 14 days."

She shared the screenshot of the conversation that turned out to be the beginning of their friendship.

The young man initiated a conversation on a Monday morning and admitted that he was sliding into her DM on Monday morning, a day that is generally known as the busiest day of the week.

After the young man's admission, @_Olayimika told him that his sliding into her DM on a Monday morning was a sign of goodness as if knowing that he would be engaging her two years later.