- Chelsea have put an £80million price tag on the player

N’Golo Kante is reportedly open to reuniting with his former manager Antonio Conte who is now in charge at Italian giants Inter Milan.

Reports have it that Chelsea are reportedly ready to sell the France international this summer only if the Blues can get the sum of £80million.

N'Golo Kante is one of the best midfielders in the Premier League considering his superb performances for the Blues and when he was playing for Leicester City.

The World Cup winner was instrumental helping Leicester City win the Premier League title before he made the move to Chelsea.

And since the Frenchman got to Stamford Bridge, he has been able to win the hearts of the Blues' faithful with his impressive games.

Reports say Conte believes he would be the last piece in the 'jigsaw' of edging Juventus to this season’s Serie A title. 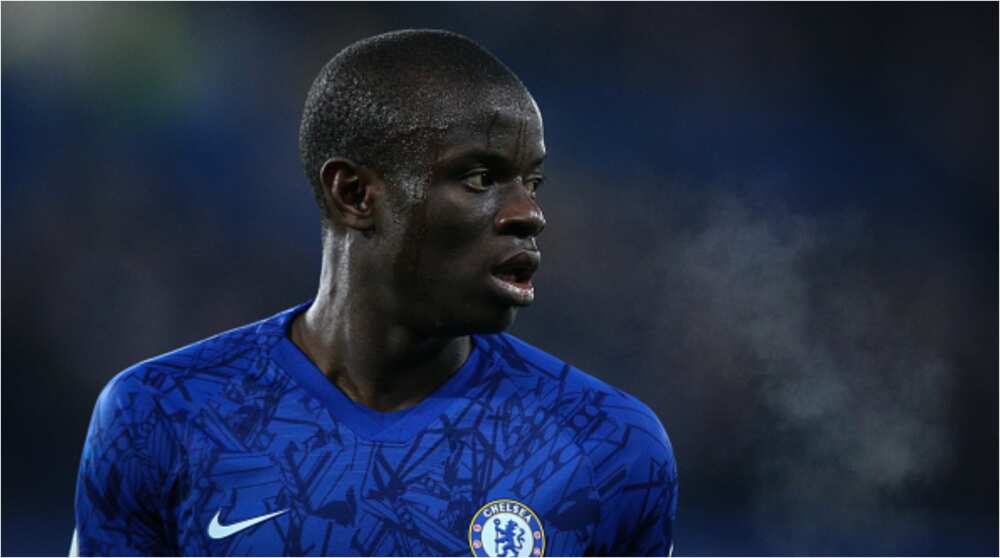 The Chilean has signed his two-year contract with Inter, including an option for a third, after arriving from Barcelona for free.

It was gathered that his former club Barcelona and Inter Milan reached an agreement for the transfer of the player and the Italian team will pay the Spanish 1 million euros in variables.

The 33-year-old leaves the Catalan club after he featured in 96 games1, scoring 11 goals and getting 10 assists in all competitions since arriving from Bayern Munich in summer 2018.

He is expected to lead Inter midfield this season as Antonio Conte hopes to challenge for titles.

However, Legit.ng earlier reported that Alex Telles has become a surprise transfer target for Manchester United as Ole Gunnar Solskjaer continues to struggle in the transfer window which closes on October 5.

United have only completed one signing this summer with the addition of just Dutch midfielder Donny van de Beek so far.

With less than two weeks to the end of summer transfer window, the Red Devils have a very limited time to do business in the transfer market.

Since the transfer saga of Jadon Sancho now quiet, United now turn their attention away as they are in desperate need of more players.