BBNaija: Nengi clears the air about Kiddwaya, says she's not into him (video)

- Nengi has spoken out about her true feelings for ex-housemate, Kiddwaya

- During a conversation with Vee and Neo, she noted that Kiddwaya is handsome but she isn't into him

BBNaija Lockdown finalist, Nengi, has opened up about her feelings for billionaire's son and ex-housemate, Kiddawaya.

In a garden conversation with in-house lovers, Vee and Neo, Nengi said that even though Kiddwaya is handsome, she does not like him in a romantic way.

“Kiddwaya is really handsome but he is someone I can never like “like that” because of the type of person he is.”

Nengi's friendship with Kiddwaya often sparked reactions online as many people were of the opinion that the two had chemistry, despite being with other people in the house.

The now-viral 'choke grip photo' which showed Nengi wearing a very pleased smile and biting her lips as Kiddwaya holds her neck in a suggestive manner, confirmed to many that there was in fact something between the two.

However, Kiddwaya, after his eviction, made it know he wasn't attracted to Nengi in that way, describing what they shared as 'fun and pure vibes' in one of his interviews.

Well, her recent statement seems to have cleared all doubts concerning the possibility of a relationship with Kiddwaya outside the house. 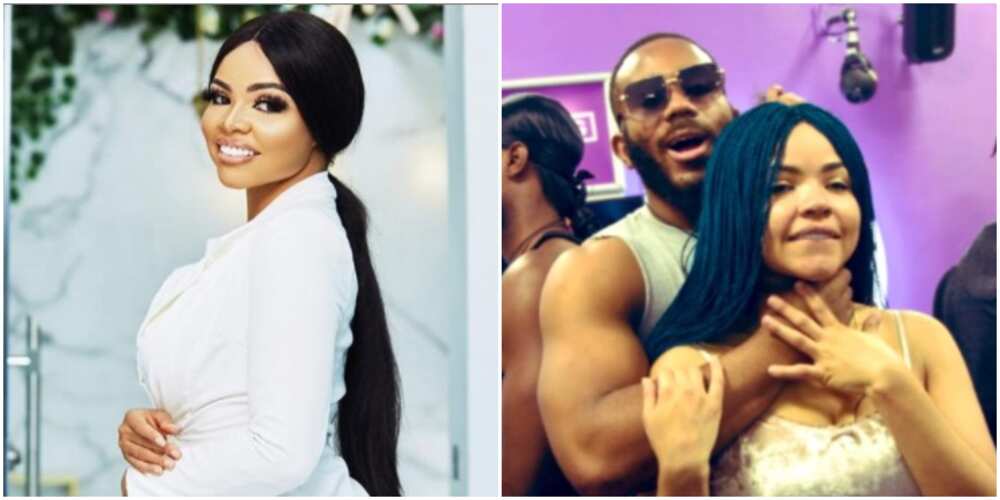 However, not everyone is buying it.

"They rejected her and she found her way to you know"

"But wait!!! Do you people want her to say she liked him!!!??? Wake up pls.. Nene go talk one, her actions will say another thing. Don't blame Kidd for clearing you that Sunday."

In other news, as the climax of the Big Brother Naija Lockdown show approaches, Nengi and Vee have said aside themselves, fellow housemate Laycon has a better chance of emerging winner.

While in the Diary Room and fielding questions from Big Brother, Nengi said she feels Laycon will coast home to victory because he is a young man with great personality and intelligence.