- Brewster hopes Liverpool will sell him to Crystal Palace for £20million

Rhian Brewster who is yet to break into the Liverpool first team has offered to leave the club to join Premier League outfit Crystal Palace for a fee reported to be around £20million.

Several England clubs including Aston Villa, Sheffield as well as Palace are on the trail of the striker.

The 20-year-old wants Premier League action and he hopes to join London club Palace to stand a chance of regular first team start.

He is hoping the Reds will let him go finally after he just returned after his season-long loan at Swansea last season.

It was gathered that Palace will try to sort out a fee with Liverpool that could reach as high as £20million with extras.

The south London club are unlikely to accept Liverpool’s demands for a buy-back clause, although they could offer them a slice of any profit if they sell Brewster. 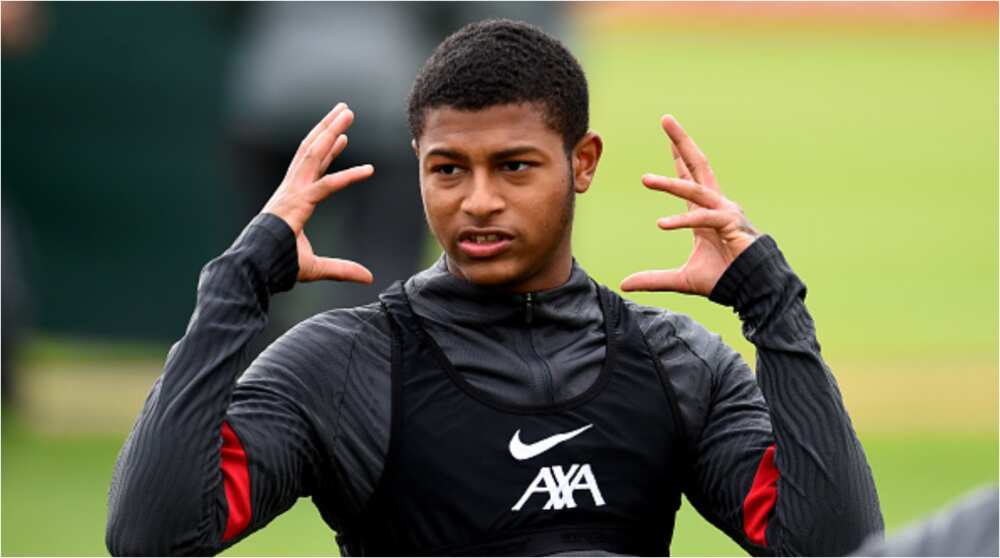 Meanwhile, Antonio Rudiger was left out of the Chelsea squad in the last two matchdays and now reports say Blues’ boss Frank Lampard is considering a loan deal for the player wanted by French club PSG.

Latest reports have it that the Ligue 1 outfit is ready to offer the player a season-long loan deal with a possible option to make it permanent.

With the arrival of Brazilian defender Thiago Silva, the Chelsea manager is no longer interested in Rudiger and this has sparked interest in PSG.

The 27-year-old has entered his final two years on his contract with the Stamford Bridge side, but Lampard is hoping he could sell the star to make some cash.

Rudiger moved to the Premier League club in 2017 for a free around £30million and has featured in 115 games for the squad, winning the 2018 FA Cup and 2019 Europa League.

Legit.ng earlier reported that N’Golo Kante is reportedly open to reuniting with his former manager Antonio Conte who is now in charge at Italian giants Inter Milan.

Reports have it that Chelsea are reportedly ready to sell the France international this summer only if the Blues can get the sum of £80million.