- In the clip, the smart baby is positioned near the elderly woman's head enjoying the cellphone

Little kids are often underestimated. While they seem all cute and innocent, more often than not they have got a trick or two underneath their adorable little sleeves. And if a caregiver is not careful, they may just catch you sleeping.

This adorable boy certainly proved it to be true after his mom caught him outsmarting his grandma. In the boomerang clip that was uploaded by Twitter user, @Reiketsukan_, her son can be seen joyfully playing with a phone while his grandma was sleeping. @Reiketsukan_ in her caption explained how her mom was meant to be babysitting the baby boy but the roles soon reversed, leaving the child to watch the grandma instead. And by the look of things, he did not mind even one bit.

Twitter users found the whole thing quite hilarious, viewing the boomerang 3.3 million times. They also left thousands of comments expressing how they too found themselves in similar positions before.

Read some of their comments below.

"Once, I went in to turn off the TV in my mama's room and she woke up saying she was watching that, I told her 'but you were snoring'' her answer...'I was just scratching my head.' I just couldn't after that."

"Grandma is ON TOP OF IT! She figured out how to catch some zzZZZzz’s, keep baby boy safe, aaaand keep his juice from spilling!" 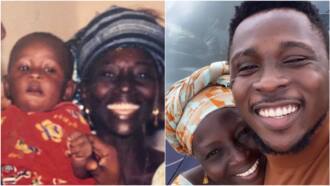 "This not her first time and the baby knew the drill." 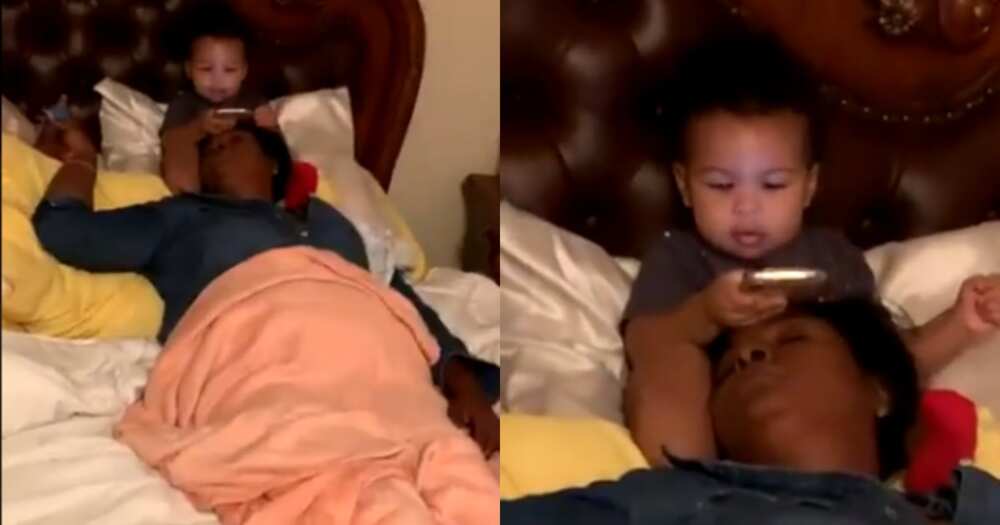 Meanwhile, Legit.ng earlier reported that a video surfaced online of a baby who tried to start her parent's car with an attempt to drive it.

She did not expect the next thing that happened. @cctv_idiots captioned the video: "Baby ages 60 years in ten seconds", and that may just be the best description.

As the toddler fumbled with the car key trying to insert it into the start hole, not knowing her other hand was on the horn pad on the steering wheel, she honked it.