Drama as Nigerian man gets iPhone 6 plastered with Vitamin C instead of iPhone 11 pro max for N100k, he's in great shock (video)

A young Nigerian man has fallen victim of scam at Computer Village in Ikeja area of Lagos where he had gone to get a phone.

In a video already making the rounds on social media, a man could be seen asking the victim where he bought the iPhone, which he described as Vitamin C pro max.

The fake phone was sold to the unsuspecting victim for the sum of N100,000 and it appears that the furious man who could be seen in the video had sent him the iPhone 11 pro max.

It should be noted that Computer Village is notorious for phone theft and scam and a lot of unsuspecting victims have fallen victim of the criminality going on in this popular market.

There were instances where people had gone to buy phones in Computer Village but on getting home, they discovered that they had been sold phones stuffed with fufu. 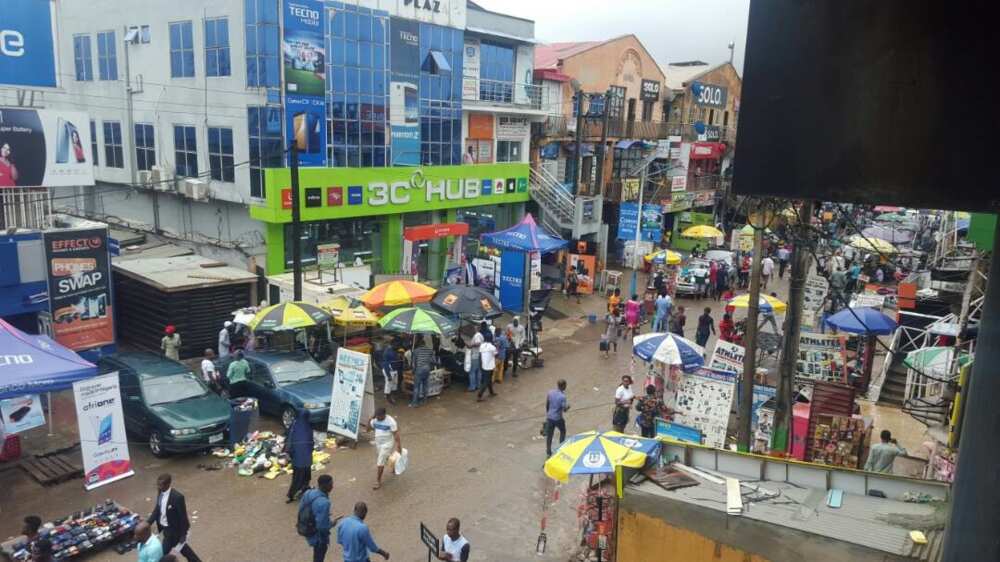 People that usually fall victim of buying fake phones are those patronising touts hawking these gadgets because they are usually cheap compared to the ones sold in shops.

Check the video below:

Meanwhile, Legit.ng previously reported a website developer identified on Twitter as @iamAbiodunAA took to the micro-blogging platform to seek help in apprehending a young man who had allegedly stolen 14 phones worth N1.9m from a store in Computer Village, Lagos.

Screenshots of the young man leaving the shop were supposedly gotten from a CCTV video, shared online and a bounty of N50k was placed on his head as a reward for whoever got the alleged thief.

Street Gist: How do you handle a spouse that steals from you? | Legit TV