Atiku Abubakar has commended Israel Adesanya for successfully defending his UFC middleweight title after a second-round stoppage of Paulo Costa.

Adesanya, a Nigerian-born New Zealand fighter, finished the bout in the second round after catching Costa with a leg kick in the face and floored him with several punches.

The referee had to stop the fight after Costa went down on the canvass covering his face in the third minute of round 2.

Adesanya and Costa have made several threats to each other in the build-up to the fight and UFC President Dana White predicted it would be the fight of the year.

The victory means the 30-year-old Nigerian maintained his 100 per cent record in the octagon and proved doubters wrong that he is one of the greatest in his division.

And in his reaction, former vice-president Atiku Abubakar celebrated the victory of the youngster in a bout which is just four days to Nigeria’s 60th independence anniversary. 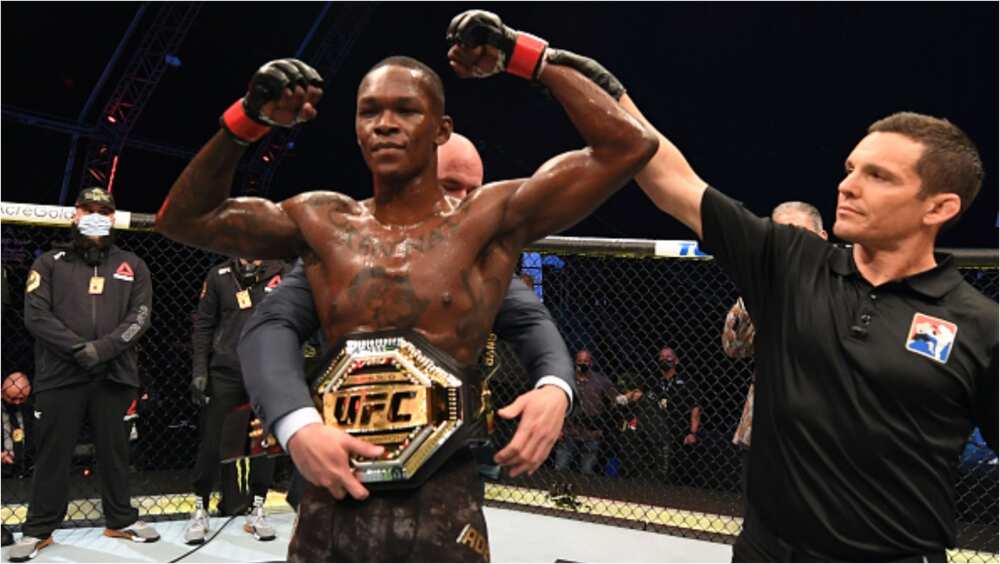 Meanwhile, Adesanya walked into the rings singing Ruggedman's hit song 'Ruggedy Baba' as he used the track as motivation in stamping his authority in the octagon just as Ruggedman claimed he was the king of rap in the industry back in the days.

Nigerian athletes are on the front foot in world boxing and UFC retaining major titles.

Meanwhile, Legit.ng earlier reported that Conor McGregor has confirmed he will fight against Manny Pacquiao in the boxing in January 2021.

The UFC star is set for another epic cross-fight clash against another prolific boxer Pacquiao in the Middle East.

The Notorious who recently announced in the summer that he has quit the Mixed Martial Art (MMA) scene was asked about fighting The Pac Man.

And pound-for-pound icon Pacquiao has now confirmed he will fight the Irishman in a sensational clash.