Why Man United were awarded penalty against Brighton after final whistle

- However, that can only happen after match officials have made an initial decision except for a 'missed' incident

Man United were on Saturday, September 26, controversially awarded a penalty after the final whistle to salvage an undeserved 3-2 win over Brighton.

United looked well on course to dropping points once again after a poor start to the new campaign.

The fixture was the Red Devils' second of the season coming on the back of their 3-1 humiliating defeat in the hands of Crystal Palace at Old Trafford.

The side was therefore keen to secure all the three points when they travelled to Amex Stadium to face Brighton.

However, the trip was not as easy as many United faithful thought as the Manchester side laboured through the match. 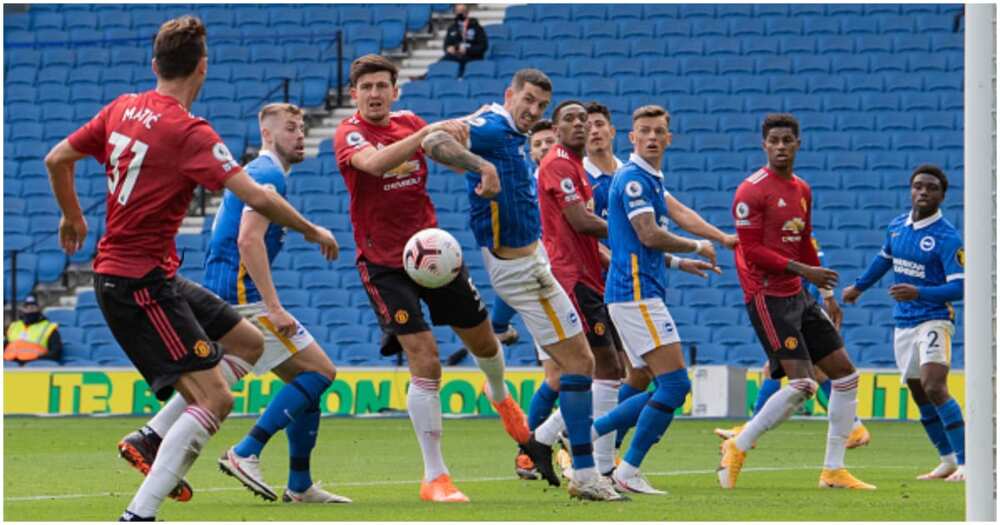 Neal Maupay appeared to have handled the ball in the area in the dying minutes of the goal. Photo: Getty Images.
Source: Getty Images

The hosts were clearly the better side as they had 18 shots on target, hitting the woodwork a record five times.

Their efforts paid off in the 40th minute when Neal Maupay slotted home from the spot after they were awarded a penalty.

But the lead did not last long as three minutes later Lewis Dunk directed the ball into his own net to ensure both sides head into the break level. 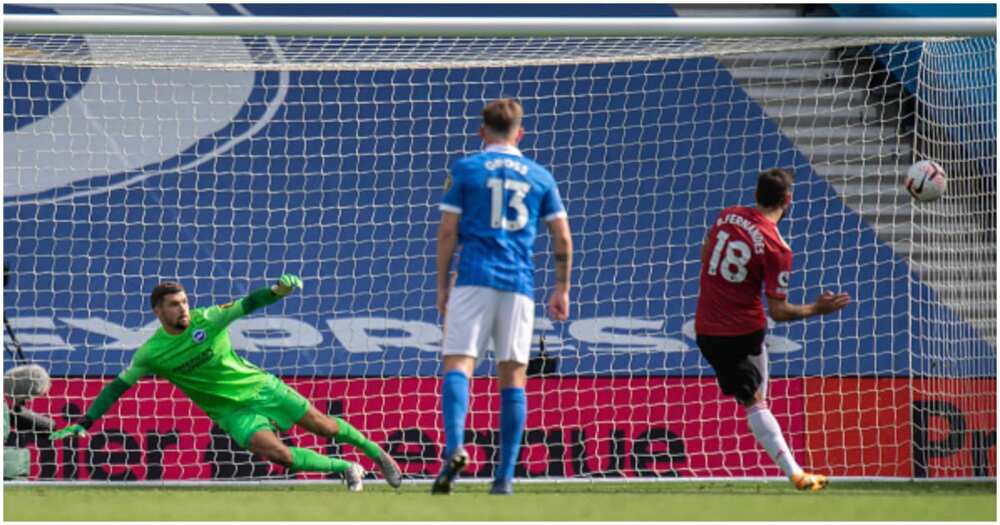 The second half of the match saw Marcus Rashford put United ahead, before Solly March levelled matters in the fourth minute of stoppage time.

It appeared as though March's goal had helped The Seagulls nick it, before VAR intervened just after centre referee Chris Kavanagh blew the final whistle.

The review established the ball hit Maupay on the arm from Harry Maguire's header, leaving Kavanagh with no choice but to award United their winning penalty which was comfortable converted by Bruno Fernandes.

The decision elicited mixed reactions from fans, with many wondering if the call was right given the match was finished.

However, according to International Football Association Board guidelines, Kavanagh was right to make the move.

"The review process should be completed as efficiently as possible, but the accuracy of the final decision is more important than speed. For this reason, and because some situations are complex with several reviewable decisions/ incidents, there is no maximum time limit for the review process," IFAB states.

"The referee will then take/change/rescind any disciplinary action (where appropriate) and restart play in accordance with the Laws of the Game," the body adds.

Meanwhile, Legit.ng had earlier reported that Ole Gunnar Solskjaer finally got his first win in the Premier League in the unlikeliest of fashion after a dramatic end to the game at Brighton.

Man United were awarded a penalty kick after referee Chris Kavanagh the final whistle and from the replay, Harry Maguire's header came off Neal Maupay's hand.