- Chelsea fought back in the second half and scored three goals through Mason Mount, Callum Hudson-Odoi and Tammy Abraham

Chelsea fans believe Cesar Azipilicueta made more impact when he took over the captainship from Thiago Silva in the second half against West Brom.

The Blues were 3-0 down after 30 minutes and Silva made a blunder that caused West Brom's second goal on his Premier League debut. 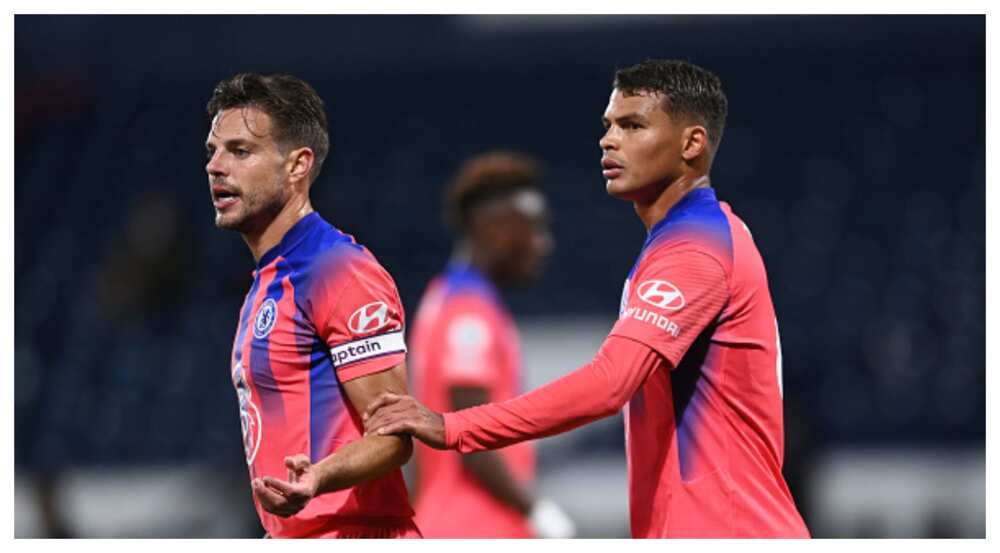 Azpilicueta then replaced Marcos Alonso and wore the arm-band as he showed his leadership qualities in the second half.

The Spaniard's gesture has caught the attention of Chelsea fans on social media as they claim the real leader was in charge of the team.

Chelsea then came back with three goals from Mason Mount, Callum Hudson-Odoi and Tammy Abraham to earn a vital draw at the Hawthorns.

Silva being handed the captain's arm-band was defended by manager Frank Lampard after the game as he told Sky Sports:

"We have Azpi as club captain, he's not starting today so Thiago takes the armband with his presence.

"He's not speaking the language enough to do it in that sense, but it doesn't matter with someone like him he delivers it with actions and presence and how he is with people around him.

"He's been a winner throughout his career and I want to see that with us."

And fans have reacted on social media claiming the Spanish goalkeeper was blaming his teammate Willy Caballero for committing the error.

Callum Robson opened the scoring in just four minutes after a defensive error from Marcos Alonso, as the striker shot the ball through Recce James' legs to beat Caballero in goal.