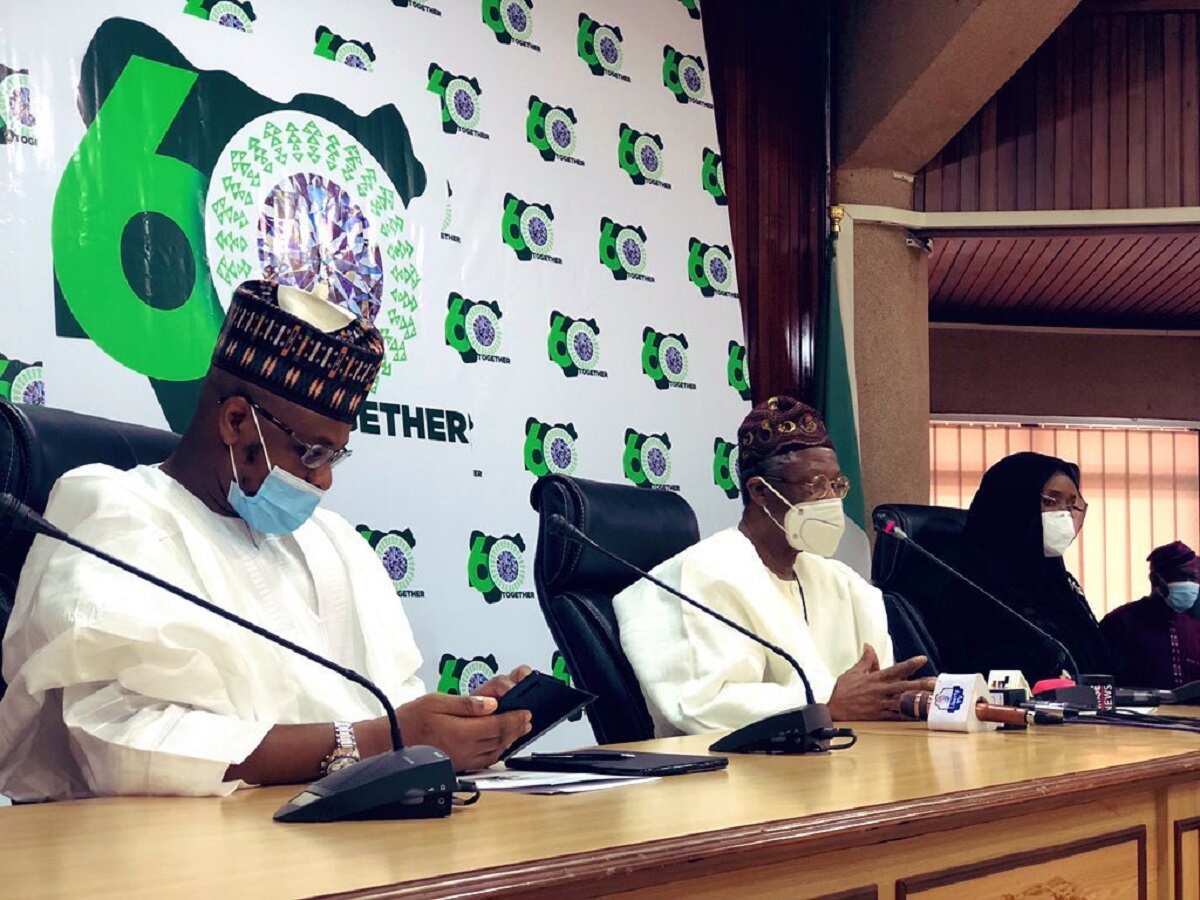 - Lai Mohammed has declared that Buhari is doing well for Nigeria

- Going further, he said there is development in key sectors

The administration of President Muhammadu Buhari is doing immensely well, minister of Information and Culture, Alhaji Lai Mohammed, has declared.

He insisted that the government is doing this in spite of the dwindling revenues accruing to the country.

Mohammed said this while responding to questions on the state of the nation on an audience participatory programme of the language station of Radio Nigeria, Lagos operations, Bond FM 92.9 in lkeja.

The programme, aired in Yoruba Language, was monitored by the News Agency of Nigeria (NAN) in Lagos.

Going further, he said the government was delivering on its election promises in spite of economic crunch due to dwindling price of crude oil and the effects of COVID-19 pandemic on the global economy.

He said that since 1987, there was no definite investment in the railway lnfrastructure, until Buhari came in 2015.

“Revenues and foreign exchange earnings by the government have fallen by almost 60 per cent due to the downturn in the fortunes of the oil sector.

Meanwhile, Legit.ng had reported that following the recent attack on the convoy of Borno state governor, Babagana Zulum a group of North-East elders under the aegis of Coalition for North East Elders for Peace and Development (CNEEPD), has advised President Muhammadu Buhari to rejig the country's security architecture.

Chairman of the group, Engineer Zana Goni and secretary, Dr Muhammed Misua, in a statement sent to journalists on Saturday, September 26, said the military has come to what they called “breaking point.”

Legit.ng also reported that Governor Zulum's convoy was shot at by gunmen on his way to visit Internally Displaced Persons with relief materials near the town of Baga in Borno.