- President Muhammadu Buhari has made eight appointments across geo-political zones

- The new appointments into chairman, executive vice-chairman and other positions were conveyed in a letter sent to the Senate upon resumption after recess

President Muhammadu Buhari on Tuesday, September 29, made a crucial replacement of two non-career ambassadors-designate previously appointed by him.

This was contained in a letter directed to the Senate president, Ahmad Lawan, which he read during the first plenary after the lawmakers' two-month recess. 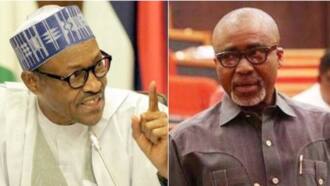 Others are non-executive commissioners of the Federal Competition and Consumer Protection Commission.

Earlier, President Buhari appointed some top members of the executive cabinet into the Special Purpose Vehicle for Presidential Power Initiate (SPVPPI) in a collective effort towards improving the electricity supply nationwide.

The appointment was approved by the president on Thursday, September 10, as contained in a statement from the office of the Ministry of Justice.

In a related development, the president on Tuesday, August 11, appointed Adamu Adaji as the director-general of the National Boundary Commission (NBC). 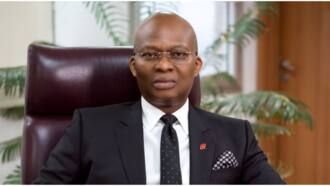 According to a statement signed by the Secretary to Government of the Federation (SGF) Boss Mustapha, Adaji's appointment took effect from Friday, August 7.