Setback for 774,000 jobs as FG makes U-turn over delay in release of funds

- The 774,000 public works project will not kick-start on Thursday, October 1, as planned

The 774,000 jobs scheme has been hit by a slight setback as the federal government said the project will not kick-start on Thursday, October 1, as previously planned.

According to The Nation, the Ministry of Labour and Employment under which the project is being coordinated has forwarded a request to the presidency for the extension of programme's kick-off date by 19 days.

Although the federal government is yet to approve the request, it was learnt the delay in the release of funds for the purchase of equipment necessitated the extension.

School resumption: We fear we may have a surge in the number of COVID-19 cases - FG raises alarm 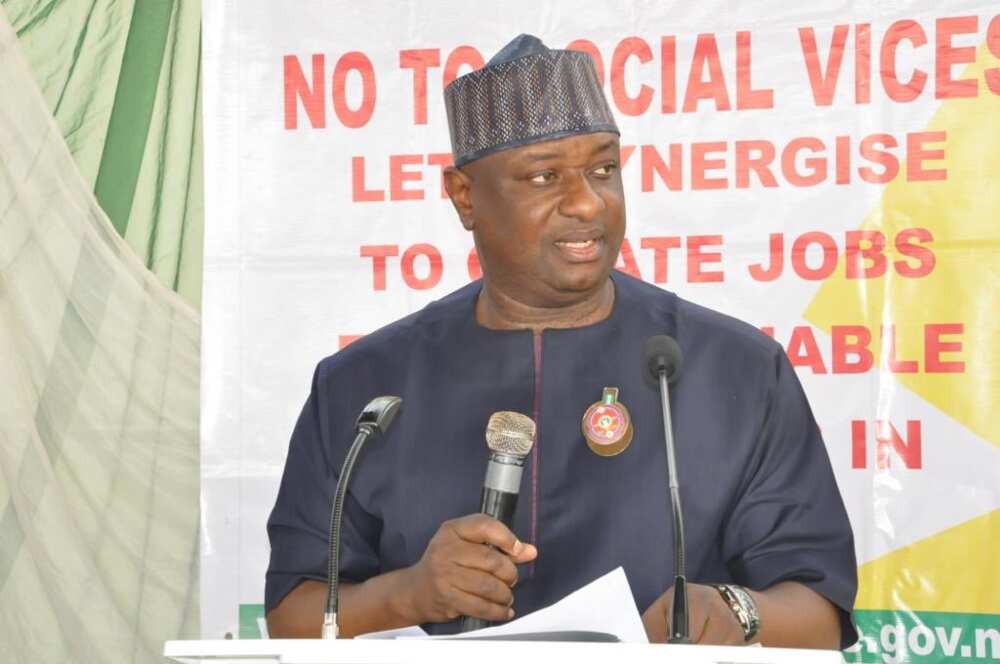 The 774,000 public works project will not kick-start on Thursday, October 1, as planned. Credit: The Nation.
Source: Twitter

“The funds to be used to purchase light equipment to be used was released very late, as late as last week.

"You don’t buy things across the shelf like that in government. It has to go through due process. Because the fund for the purchase of some of those light equipment came in late and we need to follow the due process, we had no choice but to ask for two weeks or 19 days extension.

“The minister has written to the President requesting an extension. He has insisted that there must be due process in the purchase of equipment."

The special Public Works (SPW) programme is designed to employ 774,000 from October to December 2020.

One thousand beneficiaries will be selected from each of the 774 local government in Nigeria and will be paid a meagre N20,00 per month.

Meanwhile, N52 billion has been earmarked for the programme by the federal government.

Earlier, Legit.ng reported that the 774,000 jobs for Nigerians project generated disquiet as National Assembly members who belong to the Peoples Democratic Party (PDP) rejected 30 slots per local government to each member.

In a statement by the caucus on Monday, August 17, through the House minority leader, Ndudi Elumelu, the members said the 30 slots per member is unfair and unacceptable.

Elumelu said the slots allocated do not represent the wish of people and further demanded that the criteria for the allocation of the slots should be reviewed and transparent.

N-Power Project: I Graduated in 2005 and Have Been Unemployed Before N-Power Fixed Me Up Legit TV