- Prince Abdullah Adeyanju Binuyo, has been absolved of any blame in a case involving the police

- Wahab Ismail Esq, counsel to Prince Abdullah Adeyanju Binuyo, made the clarification while reacting to a media report on the issue

Wahab Ismail Esq, counsel to Prince Abdullah Adeyanju Binuyo, has reacted to a story in a national newspaper against his client.

In the report, Binuyo who is the deputy chief of staff to the Osun State governor, Gboyega Oyetola, was accused of being charged with $120,000 fraud. 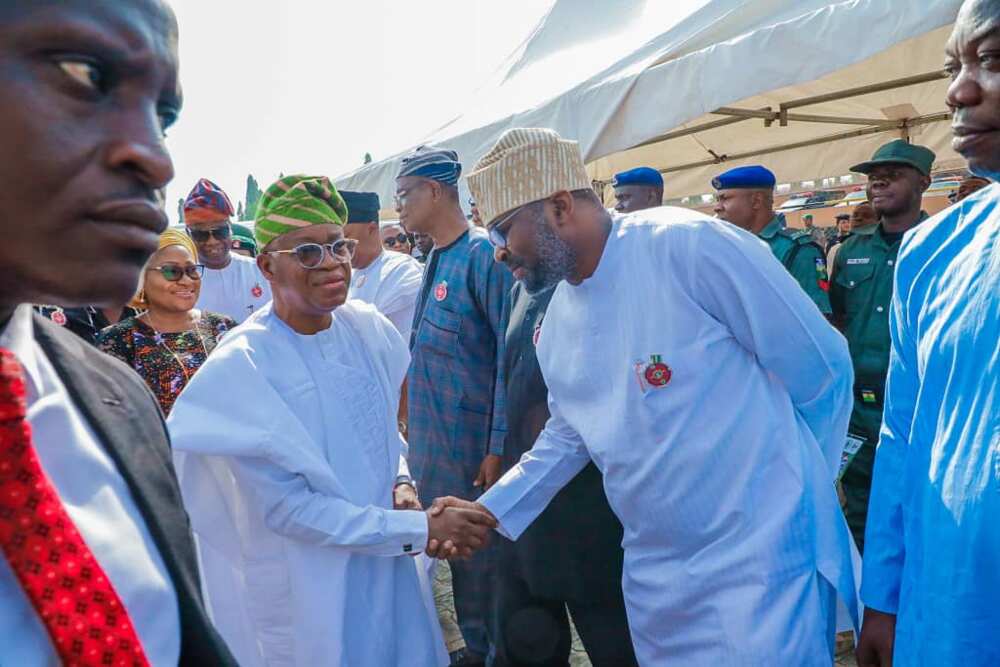 Binuyo (right) is one of the trusted aides of Governor Oyetola. Photo credit: @BinuyoAdeyanju
Source: Twitter

Part of a statement sent to journalists on Wednesday, September 30 by his lawyer read:

“The story is not only mischievous but equally misleading. It was done deliberately to cast aspersions on the person of Prince Abdullah Adeyanju Binuyo, who is the deputy chief of staff to the governor, State of Osun, Adegboyega Oyetola.

“While it is true that Binuyo was just a mere witness and not a party to the said failed business, he cannot be liable in the face of the law.

“We will seek every legal option available to deal with this wrongful, false and misleading allegation levelled against Binuyo.”

Prophet Omale said the bank falsely reported to the Nigerian Financial Intelligence Unit that N570million was paid into his church account, thereby, leading to accusations that the money was used in purchasing a house in Dubai for Ibrahim Magu.

The cleric had earlier described himself as a spiritual father to the embattled Economic and Financial Crimes Commission boss.

Recall that Legit.ng previously reported that the Anti-Corruption and Integrity Forum condemned the recent media attacks on Prophet Omale.

The forum decried the recent articles circulated over the media about Omale, saying it was an attempt to discredit the cleric.