Rue McClanahan is not a new name in the Hollywood entertainment industry. She was an American actress and comedian. Rue gained recognition for portraying Blanche Devereaux in The Golden Girls and Aunt Fran Crowley on Mama's Family. 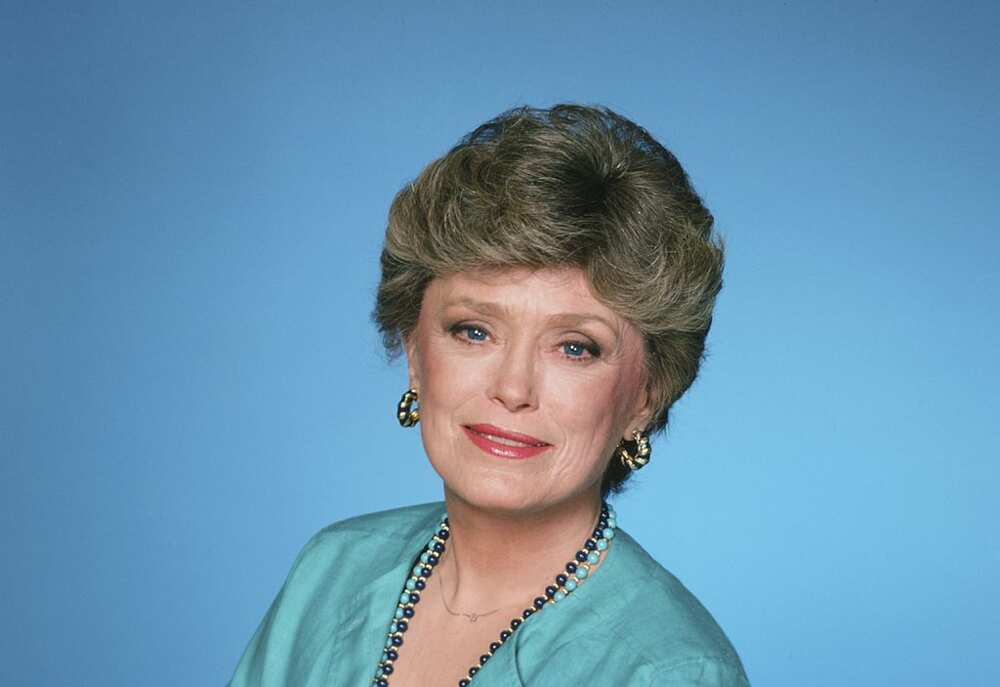 Rue was one of the best self-made and super-talented actresses in Hollywood. Her ability to nail every character assigned to her made her achieve so much in her career.

Rue was born on 21st February 1934 in Healdton, Oklahoma, USA. She was born to the late Dreda Rheaua-Nell (mother) and William Edwin McClanahan. Her mother was a beautician while her father worked as a building contractor.

Rue McClanahan young star was brought up in Ardmore, Oklahoma. She attended Ardmore High School and took part in school plays and even won the gold medal in oration.

She got a Bachelor of Arts degree from the University of Tulsa. Rue joined the Kappa Alpha Theta sorority where she served as the vice-president.

The actress made her professional stage debut in 1957 at Pennsylvania's Erie Playhouse in Inherit the Wind. She caught the attention of producer Norman Lear with her 1972 performance in Tonight in Living Color.

Norman offered her a guest-spot in All in the Family. He was impressed with her work and gave her another role in Maude opposite Bea Arthur.

Between 1992 and 1993, Young Rue McClanahan starred in Golden Palace which was a reprise of Golden Girls. She starred in other numerous movies and TV Shows as follows. 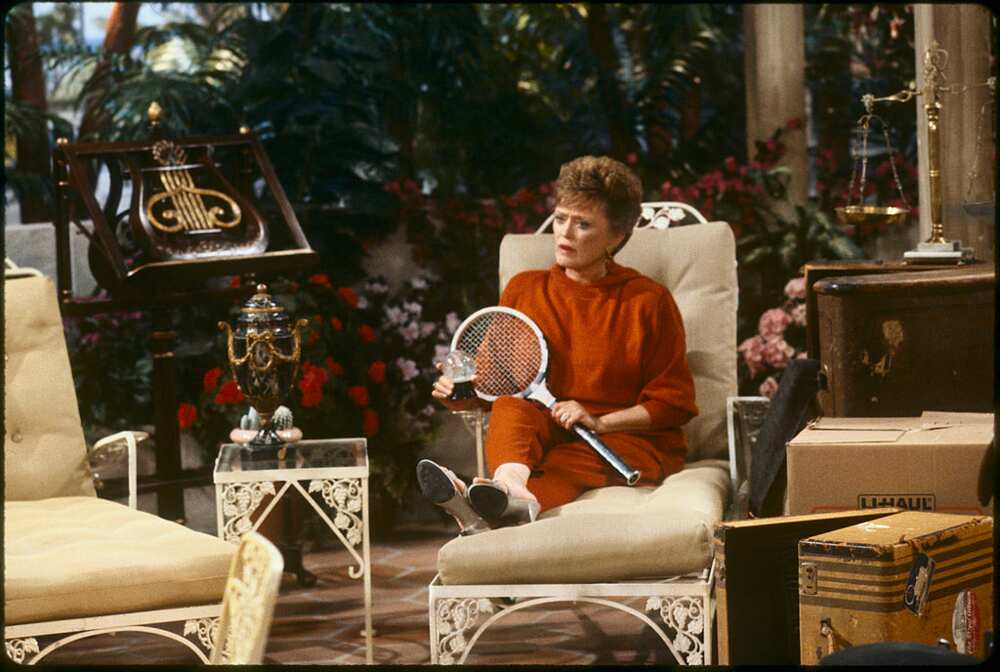 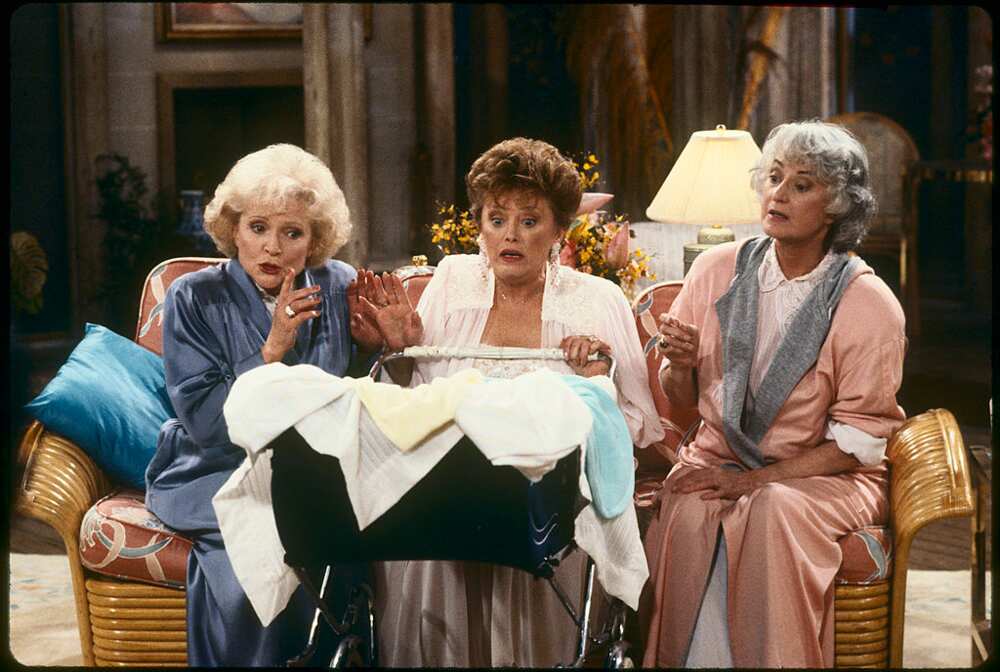 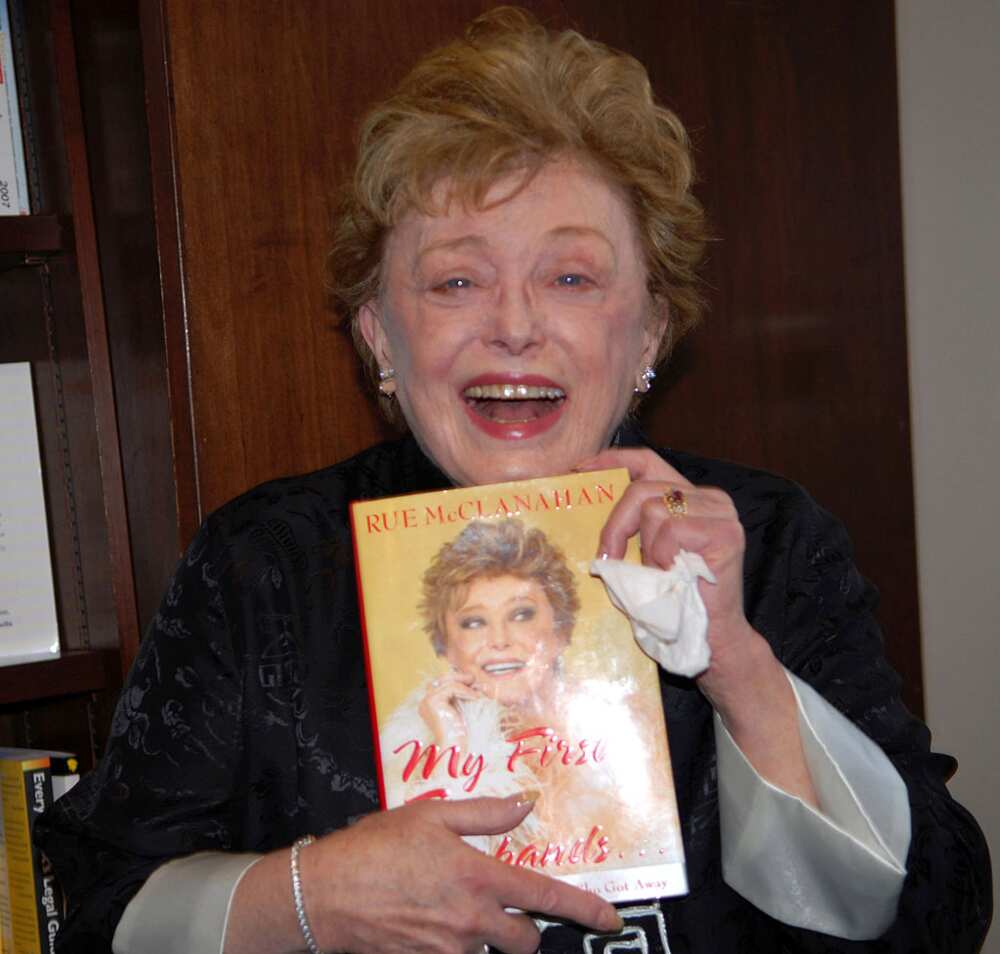 Rue was one of the best actresses in Hollywood. Here is the breakdown of her accolades, thanks to her exceptional talent.

The actress had a rocky love life which was characterized by 6 marriages and 5 divorces. She tied the knot with Morrow Wilson in 1997 and the couple remained together until 2010 when she passed away. At the time of her death, Rue McClanahan spouse was Morrow Wilson.

Here is an outline of her previous marriages:

Virginia Donald bio: What is known about Shep Smith’s ex-wife?

At the time of her death, Rue had only one child from her first marriage to Tom Bish. Her son is called Mark Bish.

Rue was diagnosed with breast cancer in June 1997. She went through triple bypass surgery on 4th November 2009. She suffered a minor stroke on 14th November 1997 as she was recovering from surgery.

Rue was one of the most adored actresses thanks to her unmatched talent. She had earned quite a huge amount of money during her days in the entertainment industry. Rue McClanahan net worth was roughly $5 million. 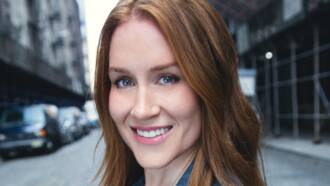 Jocelyn Howard bio: What is known about Ron Howard’s daughter?

Rue McClanahan enjoyed a very successful career in Hollywood spanning more than four decades. Her story is a testimony that it is possible to navigate the challenging landscape in the entertainment industry. Even in death, she is still remembered for some of her best performances.

Legit.ng recently reported about the life of the actor Fred Savage, who rose to popularity as a child star on The Wonder Years, the Primetime Emmy Award-winning TV series.

Millions of people across the world still enjoy the TV series and movies that Fred Savage has starred in. As of today, he is busy making, directing, and producing TV shows.

Ortom begs Buhari not to reverse ban on rice importation 0

I Went to My Boyfriend’s House, I Met His Brother That Is More Handsome Than Him But U Won’t Believe What Happened Next

REVEALED! Actress, Destiny Etiko Opens Up On Sleeping With Men For Money (Details below)

[WATCH] Side Chick Beaten Mercilessly By Main Wife (Details below)

The Kwara State Government, on Sunday, cautioned residents against continuous violations of COVID-19 safety protocols as the death toll rises to 30. A statement by the

A former presidential candidate in the last general elections, Kingsley Moghalu has said President Muhammadu Buhari-led government is not capable of protecting Nigerians. Moghalu said this

Police arrest daughter who butchered her mother, sliced her body into parts in Uyo

The Akwa Ibom State Police Command said it has arrested one Mary Ime, a resident of Umoh Obot in Ikot Ekpene Local Government Area of

The Oyo State Police Command on Sunday warned motorcyclists and tricyclists against further destruction of property in the state. The command gave this warning via a