- A coalition, COSEYL, which drew the list maintained that Igbo presidency in 2023 is non-negotiable

As the conversation on who takes the mantle of leadership from President Muhammadu Buhari in 2023 gets more momentum, an Igbo group has shortlisted ten people who can wrestle for 2023 southeast presidency.

The group, Coalition of South East Youth Leaders (COSEYL), made its resolution known after its national executive council meeting in Owerri, the Imo state capital.

Speaking on behalf of other members, COSEYL president-general Goodluck Ibem and the secretary Kanice Igwe declared that Igbo presidency is non-negotiable come 2023. 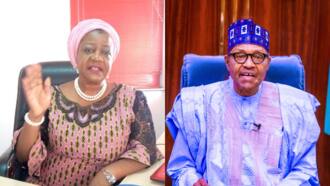 The coalition leaders said it has set up an Igbo Presidential Actualization Committee (IPAC) which came out with names of a number of prominent sons and daughter of the region who can vie for the presidency after Buhari's tenure. 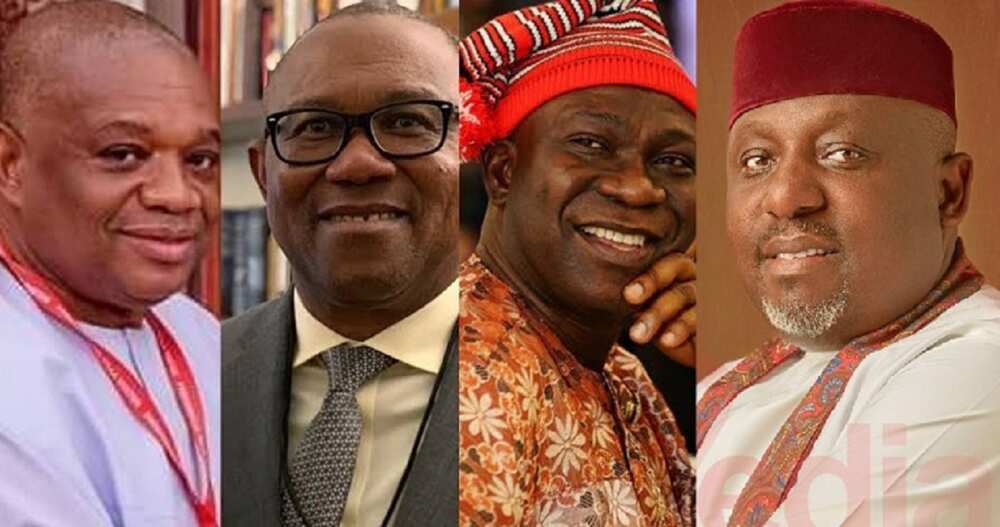 Ten candidates from the southeast have been tipped to take over the presidency in 2023. Credit: Daily Sun.
Source: UGC

The coalition stated that after deliberation, it also came out with names of former education minister, Oby Ezekwesili, former minister of aviation, Kema Chikwe, Chief Onwuasoanya, and Eboe-Osuji who is a judge of the International Court in Hague.

Ondo 2020: Buhari tells Akeredolu one important thing to do in his second term

Meanwhile, massive political reactions have continued to trail the call for former president Goodluck Jonathan to return to power.

In a reaction, Arewa Consultative Forum (ACF), the apex socio-political group in the north, said it will wait for the political parties to choose their candidates.

Although it maintained that it is apolitical, the forum said it would throw its weight behind any candidate based on the interest of the north.