- While some governors are yet to take any action of the #EndSARS protests, Governor Ifeanyi Okowa is already addressing the issue

The Delta state government has constituted an eight-member judicial panel of enquiry to investigate allegations of police brutality and extra-judicial killings in the state.

A statement signed by the secretary to state government, Mr Chiedu Ebie, said that the panel was approved by Governor Ifeanyi Okowa.

Ebie said the panel would receive and investigate complaints of police brutality or related extrajudicial killings in the state from victims of the disbanded Special Anti–Robbery Squad (SARS) or any other police unit, with a view to ascertaining their validity. 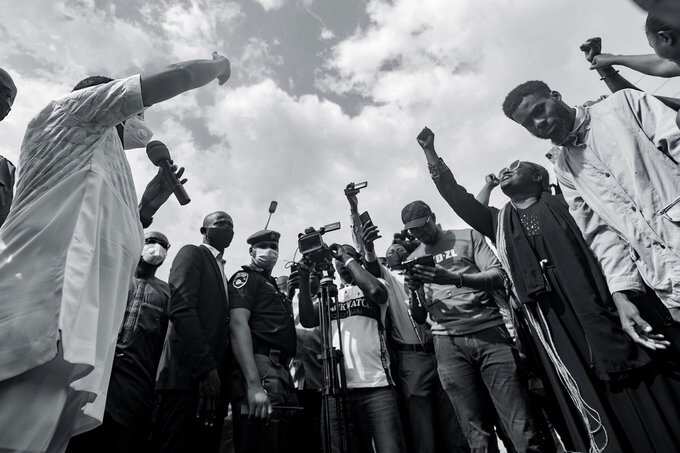 The statement added that the panel was also expected to recommend compensation or other remedies appropriate for each case.

Retired Justice Celestina Ogisi was named as chairman of the panel, while Mr Omamuzo Erebe was named as secretary.

The statement said that the panel would be inaugurated on Monday, October 19at the Government House, Asaba.

Recall that Governor Ifeanyi Okowa had on Wednesday, October 14, said with the outcome of the #EndSARS protests across Nigeria, leaders in the country will likely see things differently.

He commended youths who came out to protest over issues of police brutality and harassment, saying it will challenge leaders to focus more on issues that affect young people.

On Tuesday, October 13 the governor had said the ongoing nationwide protests for an end to police brutality in the country was a reflection of leadership and family failures over the years.

Okowa made the statement while addressing protesters who stormed Government House, Asaba after joining their counterparts nationwide for the EndSARS protest.

He told them that as youths of the nation, they had every right to organise themselves to protest against societal ills.