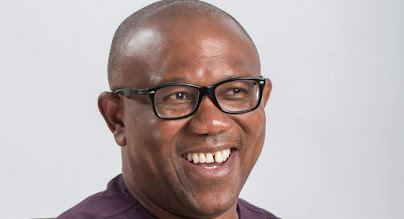 The Movement for the Actualisation of the Sovereign State of Biafra, MASSOB, led by Uchenna Madu, on Sunday, said that the lifeless bodies found at Ezu River in Anambra State, were members of MASSOB. He said they were murdered under the command of a Special Anti-Robbery Squad, SARS, team leader.
Madu, speaking through his National Director of Information, Edeson Samuel, disclosed this to newsmen in Owerri, Imo State capital.
MASSOB said they decided to come out clearly on the matter due to the misinformation surrounding the incident aimed at distorting the truth. The pro-Biafra group said those bent on twisting the narrative were trying to link former governor of the state, Mr. Peter Obi, to the incident, insisting that neither Obi nor the state government had anything to do with the murders.
The group said that it all started on January 9, 2013, when their members were arrested by SARS operatives and that the MASSOB members never returned home. Madu recalled that the former governor of the state, Peter Obi, even set up a panel of inquiry on the matter, adding that within that period that MASSOB members attended panel of inquiry conducted by the Senate Committee on Police Affairs and National Security. MASSOB said: “The leadership of the Movement for the Actualisation of the Sovereign State of Biafra (MASSOB) under Uchenna Madu have frowned at the calculated misinformation and falsehood orchestrated by enemies of truth to deceive Ndigbo and the public on the inhuman and callous killings of members of MASSOB , whose bodies were dumped at Ezu River.”
Recalling the incident, MASSOB said: “It will be recalled that on January 9, 2013, nine members of MASSOB, namely, Basil Ogbu, Michael Ogwa, Sunday Omogo, Philip Nwankpa, Eze Ndubisi, Ebuka Eze, Obinna Ofor, Joseph Udoh, and Uchechukwu Ejiofor and other arrested suspects detained at the Anambra State headquarters of Special Anti-Robbery Squad (SARS), Awkuzu, were victims of cold-blooded murder and their bodies dumped at Ezu River, which later become afloat. “We remember the agony and pains which MASSOB and family relations of our slain members went through.
“Their families have not recovered from the psychological trauma the murderous gang of SARS inflicted on them. “MASSOB representatives led by our leader, who was then National Director of Information, and other national officials represented MASSOB at Awka during the panel of inquiry conducted by the Senate Committee.
“MASSOB also attended another panel with the relations of our murdered members at the Senate chambers, Abuja. Both committees failed to uphold justice for our slain members.” It was their view that “MASSOB insists with evidence that Awkuzu SARS murdered our members and other arrested suspects.
“The killing has nothing to do with Mr Peter Obi, the former governor of Anambra State as alleged or the government of Anambra State.” “In fact, the government of Anambra State then was committed to unearthing the truth behind the dumped bodies and supported the panel of inquiry through the office of Secretary to the State Government.
“MASSOB urges the administration of Governor Willie Obiano to set up another panel of inquiry on the matter. “MASSOB is willing to testify and even expose other atrocious acts of SARS and entire Nigeria Police Force against innocent citizens.”