Virgil van Dijk has broken his silence after he suffered a potentially season-ending injury during Liverpool's derby clash against Everton on Saturday, October 17.

The towering defender had to be withdrawn after just 10 minutes of action following a reckless challenge from Everton keeper Jordan Pickford.

He was later rushed to the hospital, with the club later confirming the Dutchman suffered damaged knee ligaments and will require surgery.

However, Liverpool did not provide the centre-back's potential return date, but it is expected he will miss the better part of the new season.

On his part, Van Dijk appears to have accepted the new reality, saying "everything happens for a reason." 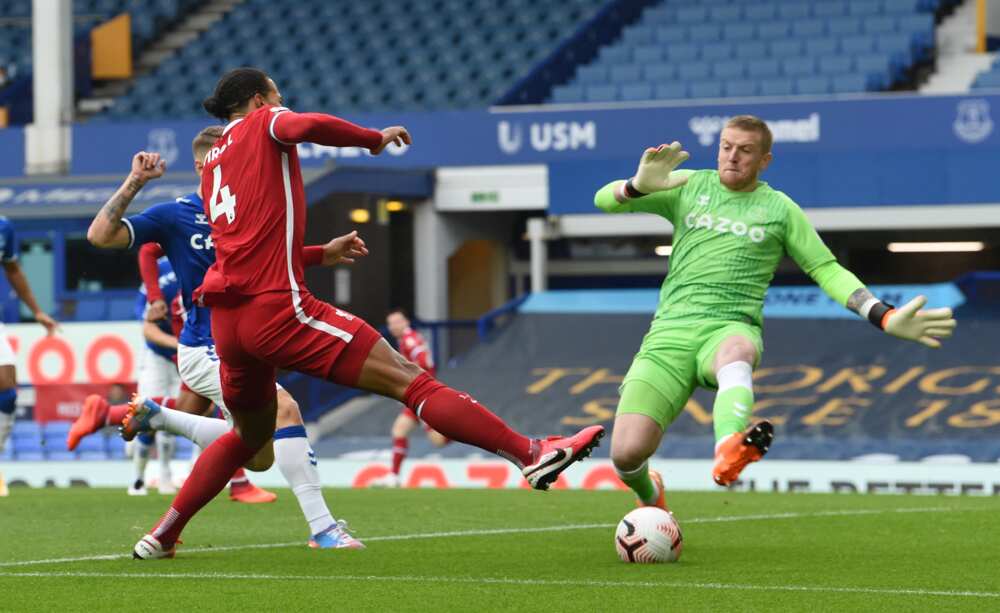 Virgil van Dijk picked up a terrible injury after a reckless tackle by Jordan Pickford during the Merseyside derby. Photo by John Powell.
Source: Getty Images

"In football, as in life, I believe everything happens for a reason and it’s important to try and keep level headed whether going through the highs and lows.

He noted he is now focused on his journey to recovery, vowing to "do everything" to return back to action as soon as possible.

The former Southampton star further took time to thank fans who had sent him messages of goodwill.

"I’d like to thank everyone for the messages of support, it’s meant a huge amount to me and my family and I’ll now be doing everything possible to support my teammates in any way.

Meanwhile, Van Dijk's withdrawal during the derby seemed to have taken a toll on Liverpool who went to be held to a 2-2 draw.

Sadio Mane's opener was earlier on cancelled by Michael Keane's goal before Mohamed Salah having his negated by Dominic Calvert-Lewin's.

Legit.ng earlier reported that Virgil van Dijk has been ruled out of action for the most part of this season after picking a terrible injury in Liverpool's 2-2 draw against Everton in the first Merseyside derby this season.

A goal each from Michael Keane and Dominic Calvert-Lewin cancelled out Sadio Mane and Mohamed Salah's strikes as they both shared the spoils after the regulation period.

However, the Reds dropped more than just points as they lost their influential defender Virgil van Dijk to a terrible injury in the game. 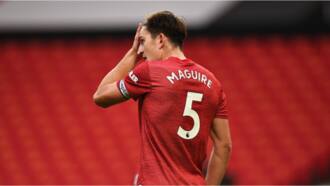