Valenciennes goalkeeper Jerome Prior was left nursing injuries after he was allegedly bitten during his side's weekend clash against Sochaux. 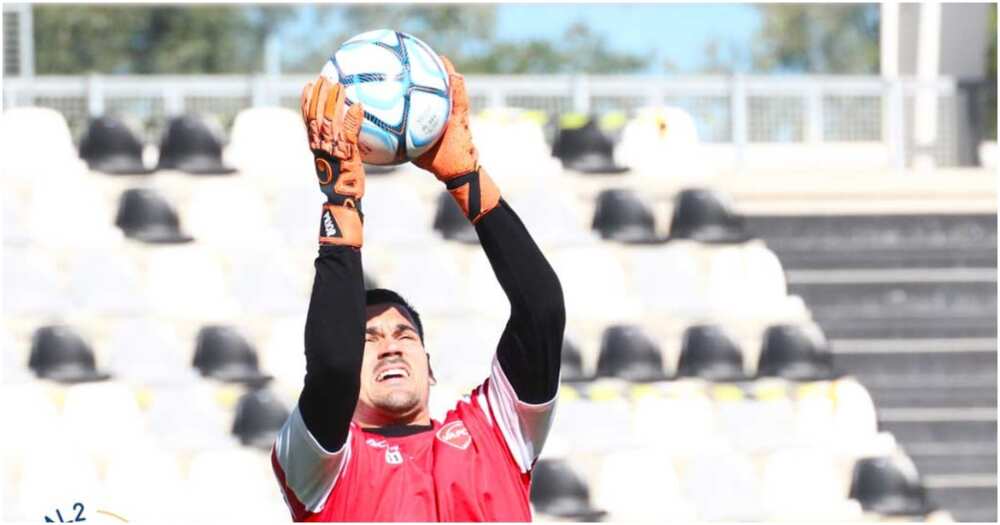 Jerome Prior has since exuded confidence justice will be served in the wake of his biting. Photo: Twitter/@maligue2.
Source: Twitter

The match was rocked with chaotic scenes immediately after the blow of the final whistle at Stade du Hainaut.

According to SunSport, Prior was seen in discomfort following a clash with Sochaux player Ousseynou Thioune.

The collision saw the shot-stopper leave the pitch bleeding from his cheek, with his manager Olivier Guegan alleging his player was bitten during the post-match melee. 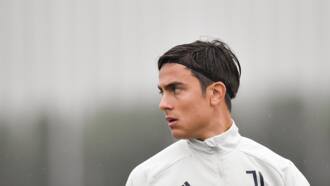 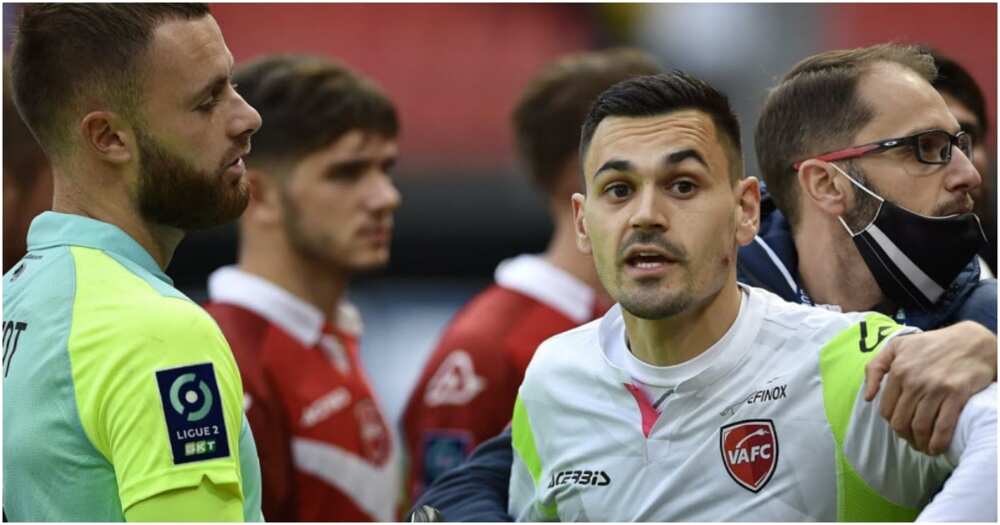 "Jerome has a bite on his cheek. I was in the dressing room; I didn't see anything. It's a shame the post-match will tarnish the game," he said.

On his part, Prior, who is at Valenciennes from Bordeaux exuded confidence justice will be served.

But in an apparent defence of his wards, Sochaux boss Omar Dad said the mayhem was started by Valenciennes. 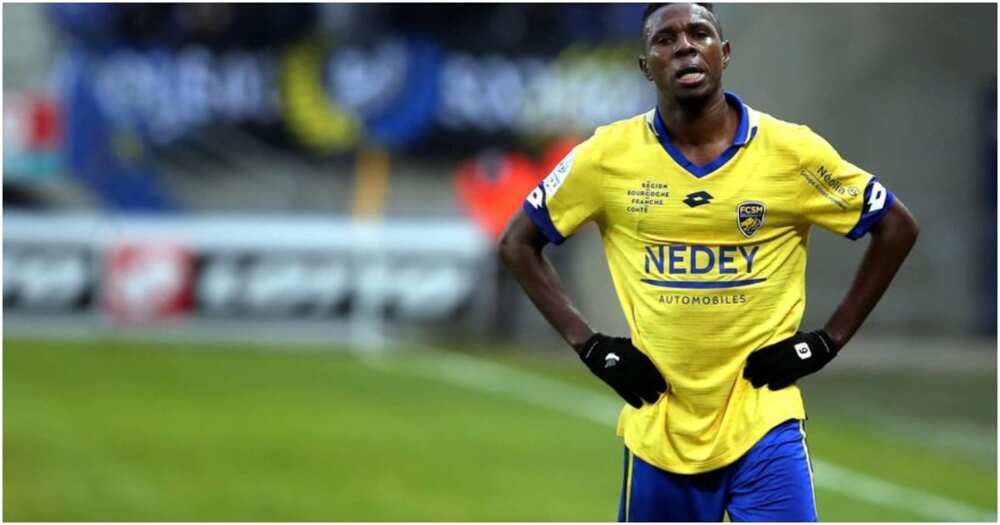 Ousseynou Thioune is said to have bitten Jerome Prior on the cheek as their French Ligue 2 clash descended into chaos. Photo: Twitter/@wiwsport.
Source: Twitter

He cited insults from their opponents' camp as key among the factors that contributed to the fight.

"A player doesn't go crazy without something happening first. I heard insults at the end of the match. There was a lot of provocation, but you have to have more control," he noted.

The match finished in a goalless draw as Sochaux extended their unbeaten streak in the French second tier league.

Earlier, Legit.ng had reported how Kylian Mbappe is now being chased by two of the biggest club in Spain as Barcelona join Real Madrid for the signature of the Paris Saint-Germain striker. 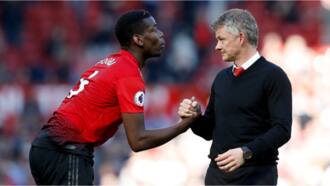 However, Los Blancos have been linked to the 20-year-old in the past months and are highly favoured to land Mbappe due to the influence of manager Zinedine Zidane.

But Barcelona president believes the deal for the youngster will be strategic if no mistakes are made in the process.