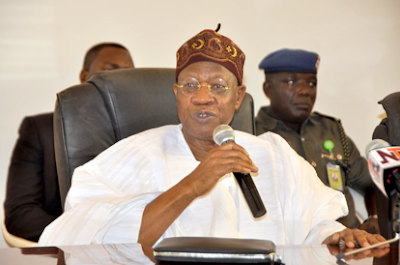 The Federal Government has said that it has received petitions from various groups dissociating themselves from the End SARS protest, which has now turned violent.

The Minister of Information and Culture, Alhaji Lai Mohammed, disclosed this in Abuja on Monday at a special News Agency of Nigeria (NAN) Forum.

He said the groups noted in the petitions that while the protest was genuine, it had lost its original purpose and intention.

“We have received petitions from various groups saying that they originally supported the End SARS protest because they believed genuinely that they were speaking for all Nigerians.

“They said in the petitions that, in the last few days, they have also become victims of the protest and they could not go to work and market while many stores have been looted.

“This morning, we also read in the newspapers that one of the conveners of the End SARS have resigned on the grounds that the protest has been hijacked from them.

“The leader said they are now getting directives and commands from abroad and money is being sent whereas this is not what they stood for,’’ he said.

The minister appealed to other members of the End SARS to end the protest and stop allowing their platforms to be used by those who want to destabilise the country.

He said all the demands raised by the group had been met by the Federal Government while governors had started implementing their requests.