Bruno Fernandes appeared shocked the moment he learnt he will be captaining Manchester United in their UEFA Champions League clash against French side Paris Saint Germain.

Team captain Harry Maguire has been left out of the squad that travelled to Paris for the crucial encounter and Fernandes who joined the Red Devils on the January transfer deadline day has been handed the arm band.

During the pre-match conference, the Portuguese looked surprised when manager Ole Gunnar Solskjaer made the announcement as the player noted he was not expecting such decision.

Fernandes said as quoted by SunSport:

“I was not expecting this, for me it's an honour to be captain of Manchester United.

"It is an important achievement for me but I think everyone is the captain, everyone needs to help and be a leader in their own way, leadership is different in every player.

It was initially thought Cavani could make his United bow against his former side, but the veteran striker who joined the Red Devils on a free transfer missed the traveling party. 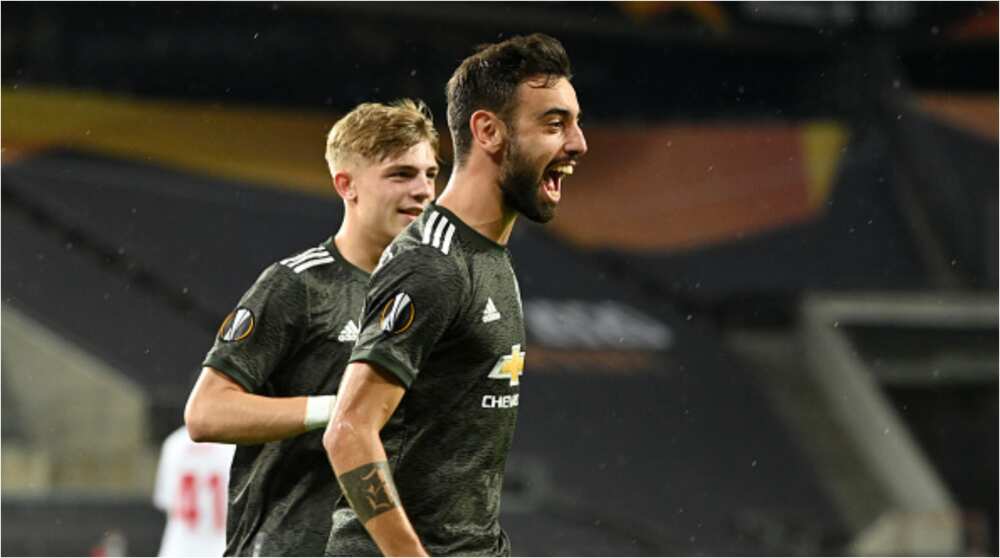 On the other hand, it remains unclear why regular skipper of the team Maguire was also not included in the squad that jetted to France despite enjoying a resurgence during United's dramatic late 4-1 win over Newcastle at the weekend.

In his absence, Eric Bailly is sure to partner Victor Lindelof in the Red Devils' heart of defence, with Aaron Wan-Bissaka taking his place in the right back.

Meanwhile, Legit.ng earlier reported that Manchester United target Luis Gomes has been hailed 'the next Luis Figo' as his style of play has drawn comparisons with the legendary football icon, according to reports from UK outlet Mirror.

The 16-year-old wonderkid could be moving to the Old Trafford as the Red Devils are preparing a bid for him despite him signing his first professional contract in October.