- The federal government has been urged to restructure Nigeria now

- Afenifere made the request on Monday, October 19, as EndSARS protests rocked major cities across the country

- The leader of Afenifere, Reuben Fasoranti, said that part of the problems being faced by Nigeria is the centralisation of power in the centre

Following the nationwide protests against the activities of the disbanded operatives of the Special Anti-Robbery Squad (SARS), the Yoruba socio-political organisation, Afenifere, has asked the federal government to restructure the country without any further delay.

TheCable reports that the group made the call in reaction to the ongoing protests against police brutality in the country.

Legit.ng gathered that the protests which have entered the 13th day have also been held outside Nigeria, with international figures joining the call for the reform of the police. 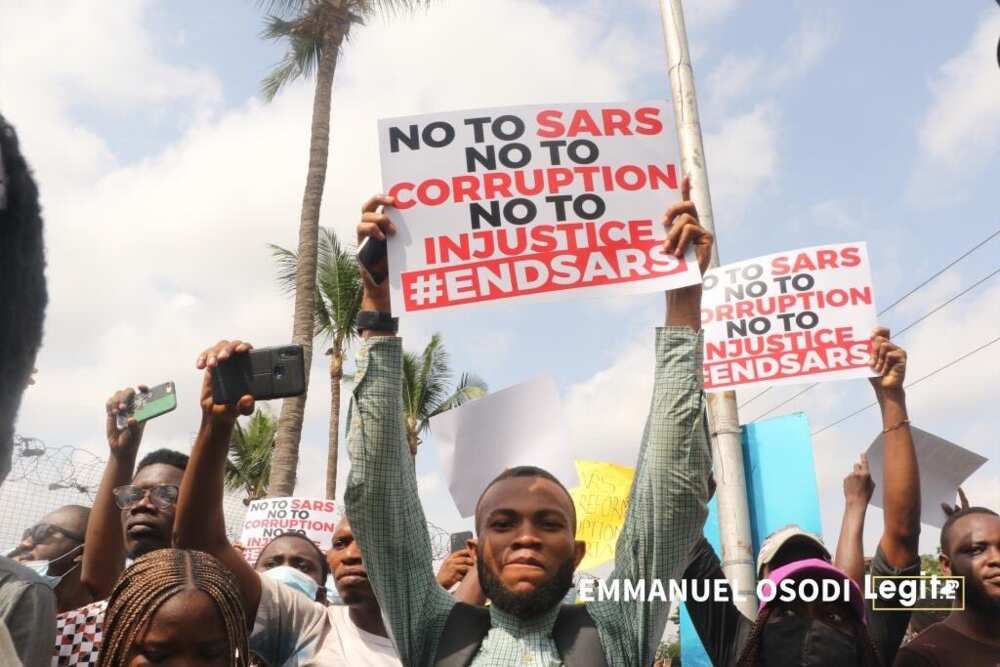 Some youths protesting against the harassment of Nigerians by the operatives of SARS. Source: Legit.ng.
Source: UGC

The leader of the group, Pa Reuben Fasoranti in a statement on Monday, October 19, commended the youth for raising their voices, saying they have risen to say enough to the excesses of the Nigerian state symbolised by the crimes of SARS.

“This is not the time for long speeches. The message is clear: Let us now rescue Nigeria from imminent disintegration and destruction. Let us restructure our country into a fairer, more just and equitable polity now.

“To enhance nationwide development and progress return control of resources to states now. To ensure peaceful and harmonious co-existence devolve more power to the states now. To reduce corruption and the cost of governance reduce the size of government now. Now is the time. Tomorrow may be too late.”

The Afenifere leader, however, warned against the deployment of force against peaceful protesters, saying it is better if their demands were considered.

He said Nigeria is almost at a tipping point and that the government needs to act immediately, saying that the protesters should avoid any precipitate action that can escalate the tense situation.

“No amount of threats and unleashing of violence will get these young people off demanding a better deal. It is not helpful blackmailing the protesters instead of looking into their demands and establishing a better livable polity.

“The economic implications will boost employment, stimulate demand and pull our country out of depression. The government has to act now, tomorrow may be too late. The spirit behind these protests will rise again and again to demand a better and fairer deal. 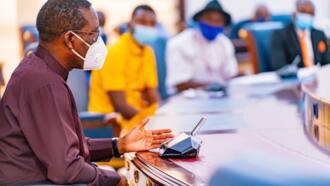 “We cannot afford to continue running Nigeria in the old ways. The signs have been clear for some time, that we were approaching the tipping point. Events of the past few days will appear to suggest that the last straw is nigh.”

Meanwhile, Legit.ng had previously reported that the Nigeria Governors Forum (NGF) said it would address the demands of Nigerian youth protesting police brutality and harassment across the country.

It was reported that thousands of Nigerian youths have been on the streets demanding an end to police brutality and disbandment of the SARS.