The film star recounted how her landlady sent her packing from her shop only for her to go into the same business she had been doing.

In the video, Nkechi started off by saying that she feared people who were not afraid of what other humans were capable of, going by what she had experienced.

The actress asked fans to recall things they see in movies where a landlord sees their tenant doing well in a business then chases the person out just to start doing the same thing. She said that the same thing happened to her.

Nkechi said that her landlady started selling waist trainers like she used to and wondered what would have happened if she was completely broke and God had not immediately intervened in her matter.

The film star said that she didn’t bother arguing with the landlady and left peacefully. She also wished her the best and said that the sky was big enough for all of them.

See more posts regarding the matter from her Instastory: 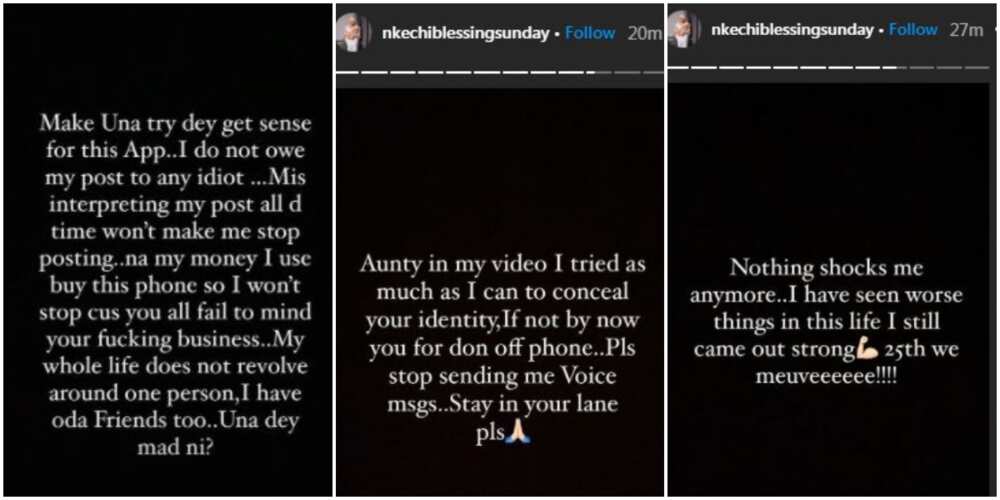 The film star was reacting to claims that the singer was not a good representative for the youths because he was a politician.

Stella strongly disagreed with their opinion and spoke on how they should dare not discredit Banky. She asked where the youths were when he came out against all odds to make Nigeria a better place.