US shuts consulate in Lagos 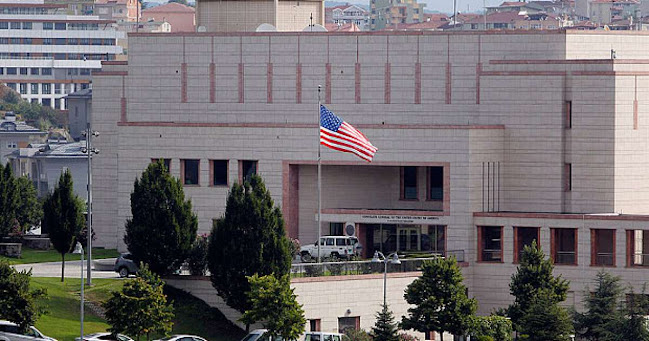 The United States has shut down its consulate in Lagos State for two days over the #ENDSARS protests.

The US embassy and consulate in a statement, on Tuesday, said, “Multiple demonstrations are ongoing across Nigeria – to include areas within the consular districts of Abuja and Lagos.

“Although most demonstrations are peaceful, some have become violent and have shut down major thoroughfares and bridges.

“Some police stations have been targeted. Lagos State closed all schools indefinitely as of October 19 due to protests and implemented a 24-hour curfew starting at 4:00 p.m. on October 20. Consulate General Lagos is closed for the rest of today and tomorrow.’’

The Lagos State Government on Tuesday imposed an indefinite curfew in the state as the police ordered out anti-riot units nationwide to face protesters.

However, hundreds of protesters remained at protest venues, pledging to stay on the streets until their demands are met.

#EndSARS protests began 12 days ago over brutality and extrajudicial killings by operatives of the Special Anti-Robbery Squad but later snowballed into calls for good governance in the country.

Earlier, the Minister of Foreign Affairs, Geoffrey Onyeama, met with the members of the diplomatic corps in Abuja.

Those that attended the parley include the envoys of the United States, the United Kingdom, and Germany, amongst others.

An invitation extended to journalists to cover the briefing was later withdrawn.