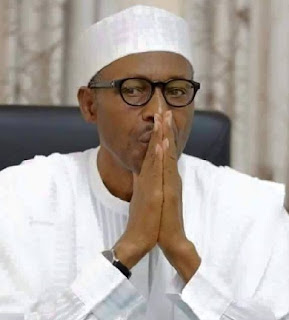 President Muhmmadu Buhari on Monday reflected on the ongoing nationwide protests against police brutality by youths.

He said the peaceful protests fell with the framework of fundamental human rights.

Buhari said although he was “worried about some of the exceptions” to the protest, he believed that as  “a father to this generation of our youths,’ they must  not  be made to “suffer from any form of police brutality.”

The president advised the protesters to be wary of unscrupulous elements trying  to hijack the protests to achieve their goals.

The President, who spoke during a meeting with the Minister of Youths and Sports Development, Mr Sunday Dare, also appealed to the protesters to give the Federal Government time to address their demands.

Dare told State House Correspondents in Abuja that Buhari was more than determined to reform the police as demanded by the #EndSARS/SWAT protesters.

This, he said, informed the setting up of a team to work out the modalities for the police reform.

He said: “Mr. President said the youths of this country have spoken and he has since gone to work, not just as a President, but also as a father of the younger generation.

“He said as a father to this generation of our youths, his desire is for them to be well protected and live in a country where they enjoy their freedom.

Dare added: “Mr. President believes  that the youth of our country are a great resource and not a problem. He appreciates the fact that they have brought the SARS issue to the fore through their peaceful protest.

“He recognises that they have called upon the government to do what is necessary and that as a President and a father, he will make ensure  that the demands put forward are met.

“He will work to ensure that our youth are no longer profiled but celebrated and supported for their vast potential, skills and for the fact that the future of our country lie in their  hands.”

Dare also spoke on plans to engage the youths to end the protests.

He said: “He (President) said part of the demands that were made was to ensure those protesting are protected and any police officer that has in one way or the other attacked any protester be brought to book.”

“On engagement, conversations with the Nigerian youth have since started. They were able to get their demands across to the government. The President spoke directly a week ago, condemning the killings, particularly the extra-judicial killings that  occurred before, police brutality and approving investigation and to bring the guilty to book.

“That is one level of conversation. Last week also, we had a virtual town-hall meeting in which we had the police FPRO (Force Public Relations Officer, Frank Mba) and myself engaging with over 145 youth online. The youth  asked numerous questions  and we provided updates and made clarifications.

“The demands are already in the public domain  and the government is already addressing them, that in itself is a demand and a conversation.”

Dare appealed to the protesters to attach value to personal security.

He said: “In the face of infiltration by miscreants trying to hijack these protests and give the entire protest a bad image, it’s important that I make this appeal that a consideration is given by moving this protest from protest to action.”